Prime Minister of Pakistan steps down

Pakistan (MNN) — Pakistan’s Supreme Court disqualified Prime Minister Nawaz Sharif from holding office on corruption charges. The decision follows last year’s release of the Panama Papers — a large quantity of data revealing offshore accounts and hidden assets. Sharif was one of the several national leaders implicated in the files along with his family. After hearing the court’s decision on Friday, Sharif resigned. 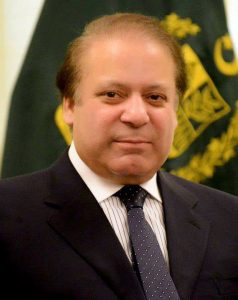 FMI’s Bruce Allen says while the situation is still unfolding, there are a couple of things to note.

“The ruling by the court allows the party that is in charge in Pakistan, the political party, to remain in power, so they will be able to select an interim Prime Minister until next year’s election.”

As of Friday afternoon, Nawaz Sharif’s brother, Shehbaz Sharif, was named to be the next Prime Minister with rumors of an interim Prime Minister for the time being. If this comes to fruition, Allen says it could add fuel to the fire.

Many people suspect that Nawiz Sharif’s brother will be more of a puppet and that Sharif will continue to hold unofficial power through the close family tie. Secondly, the brother’s track record isn’t exactly clean. In fact, both brothers were charged with murder and terrorism in 2014.

And while corruption and nepotism within leadership doesn’t sit well with the public, this isn’t exactly a new tune for the unstable nation. 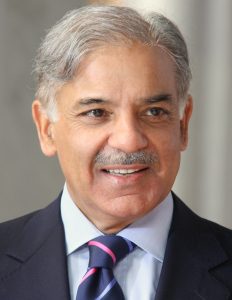 “It is struggling to remain stable. Actually, Sharif is the 18th Prime Minister of Pakistan in its history, and not a single one of the 17 Prime Ministers that preceded him have been able to complete their full term in office,” Allen explains.

This is because of coups, assassinations, and resignations. In other words, this latest decision is more of the same for Pakistan.

But some citizens are focusing on a different angle. For them, the court’s order is proof that the justice system is working and they are fighting corruption.

Deepening the drama on Friday, the Interior Ministry and Federal Investigation agency reportedly banned Sharif and his immediate family from leaving the country until their sentences had been decided.

In the days ahead, we will get to see the nation and the world’s response to these events. Allen spoke with FMI’s national director for ministry immediately following the court’s decision.

“He said that the ordinary citizens of Pakistan are not very aware of the Panama Papers and the leaks and things like that.”

For that reason, they’ve been relatively uninterested in the legal case. But with the leadership switch up, they are wondering how other issues will be impacted.

“The average citizen is much more concerned about the economic situation which they believe is going to remain the same, which is not a good one. Food prices are spiraling high,” Allen explains.

But if anyone knows how to live in uncertainty, instability, and difficult situations, it’s the Pakistani Christians. We shared earlier last week how a sub-group of the Taliban targeted law enforcement in a Christian colony in Lahore. The suicide bomber killed at least 26 people.

Allen says, “With this upheaval politically, people in general are feeling adrift, but even more so the Christians because they are a beleaguered minority. Pakistan rates in the top five worst countries to live if you’re a Christian because of persecution and discrimination. So, there’s more of the same feeling.”

So while we pray for stability for Pakistan and religious freedom for believers, we can ask God to let believers be a light in Pakistan:

“We want to pray for the ability of the leaders to disciple their congregations in very strong ways so that the congregations themselves can be reflections of that hope to the wider community.”