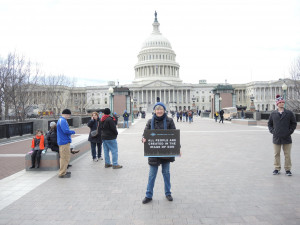 Michele Shoun with her sign in front of the Capitol. (Caption, photo courtesy of Life Matters Worldwide via Facebook)

Polls show that three-quarters of New Zealanders support ACT party leader David Seymour’s End of Life Choice Bill, which would allow terminally ill adults to receive their drug-assisted death with the consent of two doctors. The bill also applies to those suffering unbearably from an incurable medical condition.

In early June, the bill was drawn from Parliament’s ballot, but now it doesn’t appear that it will be debated until after the general election on September 23.

“They’re saying that all it would take is three readings in the House, then passing in the House, and then it would become law in one year,” says Tom Lothamer, President of Life Matters Worldwide, an organization dedicated to advocating for the sanctity of life.

Lothamer says, if passed, the bill would set a dangerous precedent for how the rest of the world views the sanctity of human life.

“When we talk about legalizing euthanasia, it’s becoming more and more apparent that we’re in a very liberal state as far as our cultures go, and people do not uphold the sanctity of human life,” Lothamer says. “In fact, it’s more about how healthy am I, how’s my so-called quality of life, and if I don’t have that quality of life, I want to be able to just take and end my life.

“In fact, in some cases, it becomes on the political side where governments want to actually have people go this direction because of the economics of the whole thing. It’s really wide and varied in all the thinking that goes on, but it is a slippery slope because every time another country approves euthanasia, then it becomes more and more the norm as opposed to the exception.”

The underlying problem, Lothamer says, is that people don’t know the hope of Christ and have a reason for living. He says this is where the Church must help people understand their true value. 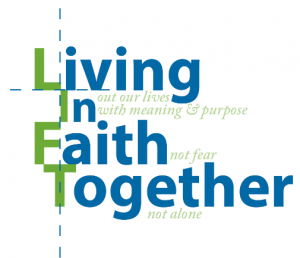 “What is the Church going to do about this? How are we going to continue to reach out to those people who at the end of life are struggling, who maybe have no one to care for them?” Lothamer says. “And the Church then can come alongside people and explain to them that, ‘We’re not going to leave you. We’re going to take care of you. We’re going to provide for you the love and the care and the mercy and compassion that you so desperately need right now. You don’t have to end your life because we’re going be here with you and there are more quality days ahead.’”

There are most likely people all around you hurting physically or emotionally who need to hear the Gospel or be encouraged. Pray that God would show you how to best reach out to those people. Also, pray that your government would value and defend the sanctity of human life.