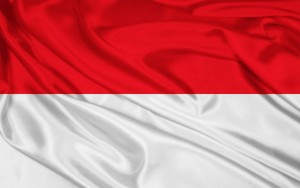 FMI’s Bruce Allen was recently in the country conducting field visits with FMI partners. While there, Allen saw first-hand the preparations taking place to move the nation’s capital. However, the main question remains, what is the cause for this transplant?

“Although Java is the primary island in terms of population, 60 percent of the population lives on that single island, but, the megalopolis that Jakarta has become, and its surrounding territories, it has 30 million people living in that area,” Allen explains.

“So, traffic is constantly gridlocked. There are problems with water management, with trash and litter, and one bad thing that is really difficult for them to deal with is the fact that Jakarta is literally sinking.”

Furthermore, Jakarta was designed to hold about five to six million people. Not the 30 million people who currently call it home. Needless to say, the city has outgrown itself.

Allen also shares how many hope that moving Indonesia’s capital city will help boost structural development on other islands. Currently, most of Indonesia’s infrastructure and development is in Java.

“So, they’re looking at some alternatives and they expect to make their recommendations to the president by the end of this year,” Allen shares.

Borneo Home to Next Capital City

One island that seems to be a top choice is Borneo, which is currently divided between the three countries; Indonesia, Malaysia, and Brunei. Indonesia’s section of the island is named Kalimantan. 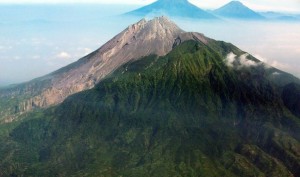 “Even though no decision has been made yet about which city or area the capital will move to, it’s nearly assured [with] all the infrastructure development that’s been going on that, yes, the capital is moving,” Allen shares.

And it would seem, as Allen explains it, that the capital move will more than likely be to Kalimantan, on the Borneo island. After all, Kalimantan is currently undergoing a lot of building and infrastructure development. Also, with the island belonging to three different countries, it would only make sense.

As far as Allen knows, the move shouldn’t affect FMI’s work in the country. However, it has made FMI re-examine its current strategies in where its church planters and partners are in the country.

“Most of our church planters serve on the island of Java because that’s where the majority of the population lives. We also do have church planters on Kalimantan already. And in the last couple months, we’ve just added three new church planters there,” Allen says.

“But, our national leadership team is looking at the strong possibility that we need to empower many more church planters for Kalimantan.”

So please, will you pray for doors to open for the Gospel through FMI with the inevitable move of Indonesia’s capital city? Pray for God to raise up both the church planters and their support on the island where the new capital city will be founded.

To donate and support an Indonesian church planter, click here!

To learn more about FMI’s work in Indonesia, click here!