India (MNN) – The most recent data from the World Health Organization estimates that just over 2% of India’s population is disabled. Despite the fact that this number would rival the population of Mozambique, many people believe the number of cases to be much higher. Some estimates would put the number closer to the population of the Philippines, the 12th most populous nation in the world. Under-reporting the number of people with disabilities in India is a symptom of a deeper problem. 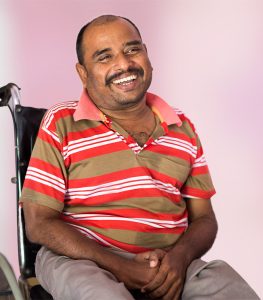 John Sparks of India Partners says, “Sometimes they’re born with it, sometimes— like polio—they’ll get it at a young age. Others have an accident or something like this.

“People in India that have a disability have a certain stigma to them which says, according to the traditions of India, they’ve done something in their past life and this is punishment for the sin they’ve committed.”

According to one news story, under-reporting occurs because people don’t want to talk about disabilities. But as long as the disabilities are ignored, the people who have them are being put at a disadvantage.

“This is not in the forefront of people’s minds. People are compassionate, but it’s sort of a back of the mind thought and so these people are pushed to the back and they’re not given the ability to get schooling and training according to their skills.”

Sparks says even if people with disabilities graduate from college, they may have missed out on key classes like computer literacy.

One of India Partners’ projects is the Agape Rehabilitation Center. It is a training center which provides valuable computer education to people with disabilities. This opens the doors to job opportunities they might not otherwise have. 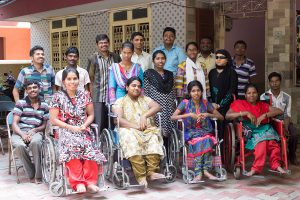 “Agape is able to bring these smart, intelligent, skilled people into the work force by providing them this training, and then they’re given a certificate, they have to pass a government test. All of these things will allow them then to get a job.”

Sometimes, graduates are even able to land a government job which pays well and will likely be a lifetime position.

Right now the Agape program can house a dozen or so students from out of town and can educate 30 people at a time. But, they are working to expand the project and grow their ability to serve more people with disabilities. They have a piece of land and have submitted building plans for government approval.

But while Agape is an incredible job training resource, it also has great potential to impact people spiritually, especially since the majority of the students do not come from Christian backgrounds. 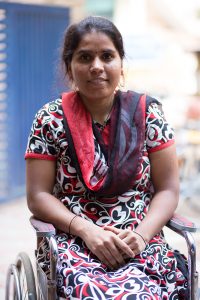 Sparks says, “Most Hindus and Muslims have not experienced Christians first hand in a big way. And so, by coming to Agape, these students experience the love of Christ through the staff and through the directors as they teach and administer the program. They eat together, they do activities together.”

During this time, they interact with people who are genuinely concerned for their welfare both in this life and beyond. Sparks believes the close-knit, caring community is why “many of hundreds of people have come to Christ through the Agape program. Interestingly, many of them come to Christ after the Agape Program.”

When the students re-enter normal society, they remember the community they had at Agape and realize there was something different happening there.

On a recent trip to India, Sparks brought along two IT professionals from the United States. One is a senior engineer with Microsoft, the other works at a local school district in Oregon.

He says, “They helped them to establish their network, they did training, they did both training in Microsoft products as well as teaching them interview skills and security related issues that will help them in the marketplace as they graduate.” 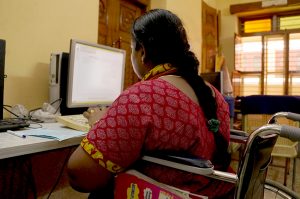 But with the direct training of students, the two also worked with the administrators and teaching staff so they could pass the information along to future classes. The security training, for example, will cut out a lot of issues new students have when getting on the internet. It will allow the students to get more internet time.

The visiting instructors also helped to expand the student’s English skills simply because they taught in English with accents the students hadn’t heard before. Sparks says the teaching sessions were filled with joy and laughter, and that the students weren’t the only ones blessed by the visit. The IT professionals were, too.

“These men were able to see how their lives can change the lives of these people.”

Perhaps, like these men, you’re looking to make a difference in this story. There are a few ways you can go about that.

Sparks says, “There’s always opportunity to pray. It’s a difficult situation as most of your listeners know, India’s going through a transition now where the government is becoming more and more restrictive on any work that Christians are doing and so it’s a difficult environment in which to work. And so you can pray that God will bring down these strongholds, these difficulties which keep them from doing their work.”

Pray also that Agape would be able to expand their capacity soon.

Secondly, you can partner with the program financially. The training costs about $2,000 per student per year. While that’s relatively inexpensive compared to education in the United States, it’s a lot of money in India. The Agape program depends on generous donors so they can offer the education to their students for free. So, whether you give enough to get a student through a week or a full year, you’re giving someone an opportunity they might not have otherwise.

Sparks says, “Many times you not only give them a career, but you set them on a path which will lead them to heaven.”

Finally, maybe you have computer or technology skills that you believe might be helpful for the program—consider contacting India Partners today to see what opportunities there are for you to pass on your knowledge.