Russia (MNN) – Recent U.S. sanctions against Russia are fueling the fire of the country’s anti-Western sentiment. 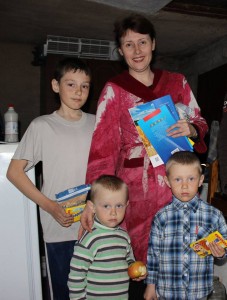 This upper middle-class family is a victim of the Russia/Ukraine conflict and assisted by Mission Eurasia NextGeneration leaders. (Photo courtesy of Mission Eurasia via Facebook)

On Wednesday, U.S. President Donald Trump reluctantly signed into law new sanctions targeting Russia’s oil and mining industries for the country’s alleged involvement in the U.S. presidential election and its annexation of Crimea. Russian President Vladimir Putin has already retaliated, forcing the U.S. to reduce its number of diplomatic staff by 755.

Mission Eurasia’s Mark Sawyer explains the wider impact these sanctions could have: “We’ve seen in the past that these disagreements or political concerns between the United States and Russia have ended up politicizing things like adoption or humanitarian aid, and so there is this sort of history of politics spilling out into society and into ministry. We might see more bureaucratic constraints, or hoops, that groups will have to jump through, and these are religious groups that are affiliated with the West. Generally, more anti-Western sentiment against any groups that are working in Russia.”

Sawyer adds that much of these sentiments could be directed toward Evangelical and Protestant groups, which are seen as inherently Western.

“The Evangelical Church and the Protestant Church are often seen as almost inherently foreign, or anti-Russian, because Russia has a history of Orthodox Christianity, and so there’s a lot of cultural and political heritage with the Orthodox Church in Russia,” Sawyer says. “Evangelical or Protestant groups are seen as foreign, and so then when there are hopes to limit influence of countries like the United States, these evangelical groups can get caught up in the process.”

For many believers in Russia, however, living out their faith under pressure is nothing new. That’s why Mission Eurasia is directing its ministry efforts toward young people familiar with the culture. 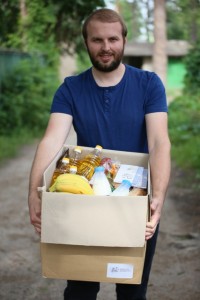 “One of the best ways we can think about working in the future is investing in young leaders,” Sawyer shares. “That can happen through giving them scriptural resources, leadership training, and focusing the efforts and the resources of the Western church on people who are already there and who are already embedded in their communities.

“So, if the situation in Russia were to deteriorate, and eventually, there’s even more limited access for foreign Christians and mission workers, then there will still be people working there and still be people spreading the Kingdom of God.”

So, what can other believers around the world do to make a difference? Sawyer asks that you pray for courage and wisdom for their partners and field workers who are continuing to spread the gospel. Also, pray that the Church would remain united as the Body of Christ.

You can support Mission Eurasia’s work financially by clicking here.