Iran (MNN) — At the beginning of the month, Maryam Nagash Zargaran, a Christian convert from Islam, was released from prison after over four years of captivity. She had been charged by the Iranian State of taking actions against national security. 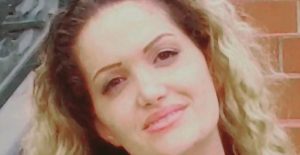 Iran is listed as number eight on the Open Doors World Watch List which ranks the worst nations to live as a Christian. In a Muslim country like Iran, converting from Islam is not looked upon favorably. These converts often face severe persecution. Any Christian actively sharing their faith is viewed as a threat to the state.

Global Catalytic Ministries is well aware of the dangers Christians face in Iran. Their tagline is “Transforming Muslims Worldwide through Jesus”. Many of the areas they work in present significant challenges to Christians. The reality is that making the choice to follow Jesus can sometimes mean being ostracized, punished, or even killed.

We spoke with *Peter from GCM to get some background on this story. He says, “Ever since the Revolutionary Guard and the Islamic Republic got started in 1979, they have either quietly or very openly arrested pastors and Christian leaders. And often times when they are arrested, they go months without any information about that person. And so it’s great that they’ve finally released this lady who’s been in prison now for four years.”

Maryam was supposed to be released July 28th, but was kept a few days longer.

“Unfortunately the prison authorities said her release papers were not ready,” Peter says.

Evin Prison where Maryam was kept is notorious for the terrible conditions prisoners face there. This was the same prison Saeed Abadeni was kept for quite a few years. 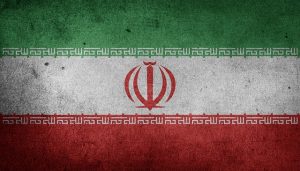 Peter says, “Historically when people have come out of that particular prison, it literally takes them months to recover physically — partly due to torture and beatings, but also because of just the lack of sanitary conditions and then the food, etc. It’s a tough place to come out of.”

Maryam already suffered from poor health before entering the prison. She has a heart disease as well as bone and joint issues. Mohabat News shares that during her imprisonment, she was beaten until her leg was broken. She also suffered mentally as well.

In protest to the charges, Maryam engaged in a series of hunger strikes which worsened her condition. And while she did secure medical leave on occasion, the courts ended up adding 42 days to her sentencing to account for the time spent out of prison.

The danger of being Christian

He explains that Christian activity often arouses charges of acting against national security simply because of Iran’s background. Iran, also called the Islamic Republic of Iran, is the original Islamic State. Because its identity is based in Islam, any sentiment of a different religion is greatly mistrusted.

In Maryam’s case, the charges seem to stem from an interrogation that took place back in 2009 that had to do with promoting the Christian faith and hosting believers in house churches.

Peter says in the days ahead, we can be praying for Maryam. “Obviously pray for her physical recovery. And emotionally there will be some kinds of trauma.”

He says often released prisoners like this will flee the country after facing such heightened levels of persecution. Will you pray for God’s guidance and healing in Maryam’s life?

If you’d like to get involved with some of what Global Catalytic Ministries is doing, start with praying for the nations they serve in. GCM offers a prayer guide to help you pray more effectively for the specific needs in these countries. To access that prayer guide, click here.

Check back in tomorrow as we officially introduce this ministry and learn how God has called them to reach out to the Muslim world.