South Sudan (MNN) – Earlier this year, food shortages were so bad in South Sudan that the nation briefly dipped into famine. But even now food is in short supply. Meanwhile, the conflict between ethnic tribal groups continues, making things worse.

Rob Cornelison is the new International Director of Set Free Ministries. He recently visited East Africa to meet up with Dan and Teresa who are working at the ministry’s school in South Sudan. The school has seen firsthand the impact these food shortages have had.

“It’s pretty dire,” Cornelison says, “Food costs have more than doubled since last November.” In fact, they’ve had to budget more for food as time goes on. 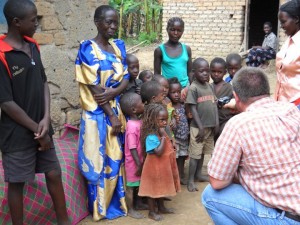 “We have to find ways to get enough food to feed the students and to feed the teachers. That’s increasingly getting more and more difficult as food prices continue to skyrocket and [in] the rainy season, roads become almost unpassable.”

On top of the food shortages is another worry—they are relatively close to an area of violence and raids take place often. People are killed and injured. Because of that, the region is rife with fear.

“You don’t know when a tribal raid is going to happen. So people are constantly in fear. And the enrollment for our second marking period has actually gone down a little bit because people are afraid to send their kids to school.”

And it turns out that these fights are compounding the food issues. Many people in the area are too frightened to go work in their fields, and they’ve stopped growing food altogether.

But the solution to some of these issues—fear, anger, and hatred—might be quite different than what you’d expect.

Set Free Ministries provides biblical counseling in the United States that helps believers address the root cause of their problems. What they’ve found time and time again is that someone holding on to a grudge or bitterness will not vanquish their struggle. It seems that in South Sudan, too, that forgiveness could be the key to ending nation-wide struggles. 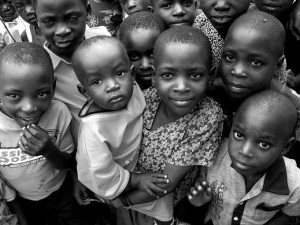 “It’s very important to us to have the local Church be empowered and equipped to disciple and to lead the Church from within the culture,” he says.

That’s because spiritual leaders from the same cultural background will have a better chance of connecting and communicating Gospel truths like forgiveness to those around them.

And so, much of the conversation between Dan and Teresa and Cornelison and other team members centered around how Set Free could influence the Church to be the primary mover of ministry going forward.

Missionaries from the West are not the targets of the ethnic conflict, but they are caught up in it, too. Even so, they have not faltered.

“They’re in a place that is close to the area of conflict. They offer hope because they’re not running away. And they’re trusting the Lord for their protection, but they’re also trusting the Lord to change the lives of the students and the community.”

This is emphasized because of what is going on in the school. As we shared last year, the school is meant to impact the surrounding community by answering educational, discipleship, and medical needs. But the latest food crisis might call for the agricultural program to focus more on large scale farming than small vegetable gardens.

This is just one of the many things the team has had to take into consideration as events unfold in South Sudan. Another is security. Corenlison says he hopes they’ll be able to repair the compound’s fencing soon, just as a precaution. Set Free is also establishing partnerships with some of the local NGO’s to try to address the food shortage problems together. 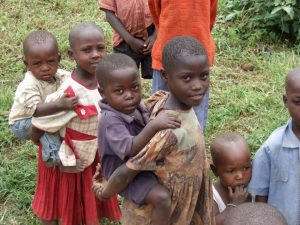 But one thing doesn’t change with the circumstances, and that is the need for people to hear about Jesus, and to grow in relationship with him. At this school, not only will students learn to write, but they’ll learn what it means to follow Jesus— what it is to live in fellowship with other believers.

Cornelison says, “These kids are being discipled. So even though the scale is small, Dan and Teresa’s work is having a great impact on the village and on the students.”

If you’d like to help with the work going on at this school, consider giving financially. You can give to Set Free’s Africa projects in general, or you can make a note with your gift that you’d like it to go to the school in South Sudan. Click here for more information or contact Set Free here.

Please pray for the teaching staff at the school to be able to adjust to the needs of the community. Ask God for provision and protection. And as Set Free establishes new and exciting partnerships across Africa, will you ask God to make the spread of the Gospel even greater?