Persia, where the Gospel is flourishing

One Christian Radio > Mission Network News > Persia, where the Gospel is flourishing

Iran (MNN) – We can become accustomed to reading the Bible in a way that stops asking questions. And because of this, we’re liable to miss out on some pretty important themes throughout. Take Persia, for example. How many times has the history of Persia intertwined with that of God’s people? Upon close inspection, you’ll find out it happens often. And many times, it is Persia blessing God’s people, or answering God’s call to follow Him.

*Reza of Global Catalytic Ministries says from Old Testament to New, you hear about the Persians. Take King Darius in Ezra 6, for example. He decrees the rebuilding of the temple. And later on in the New Testament, we witness men thought to be from Persia who travel to meet the long-awaited Jesus and bring him gifts. And, among the first group of people to respond to the Gospel during Pentecost were Persians, too. 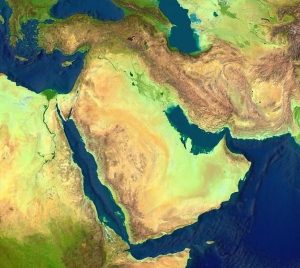 This is one reason why Global Catalytic Ministries is reaching out and “transforming Muslims worldwide through Jesus Christ.”

Reza explains, “We see that Muslims are passionate about God. They love God, unfortunately they are misinformed and love the wrong god.”

Right now, GCM has a focus on Iran and Persian speaking areas of the World. This includes Afghanistan as many ethnic Persians live here. And in this part of the world, there is a great movement of the Gospel taking place.

“That was one of the main reasons why we came into existence because we’re just seeing such an amazing move of the Spirit, having the biggest revival in the history of the 10/40 window happening right now,” Reza says.

The Gospel is flourishing

In fact, according to Operation World, Iran is the fastest growing Church, followed by Afghanistan. GCM’s ministry is encountering many people in the region who have been visited in dreams and visions by Jesus. Because of this, Reza describes GCM as His cleanup crew. They are able to share Scripture, answer questions, and follow up with the people who first learned of Jesus through a dream. 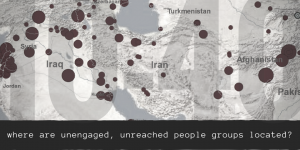 This growth is relatively new, too. Before the revolution of 1979, Reza says there were less than a thousand Christians in Iran. Today, there are estimates ranging from 250,000 to a million. This is all taking place despite the fact that Iran is one of the worst places to live as a Christian. In fact, promoting or sharing the Christian faith has grim consequences.

“It’s a jailable offense, it could be [a] death penalty offense,” Reza says.

Because of the risk, GCM adheres to a very specific model of evangelism, discipleship, and leadership training. Taking their cues from Jesus in Luke 10, GCM workers spend several months discipling a “person of peace” who has welcomed their presence.

“But because they come from a Muslim context, we introduce God the Father so they can understand who God is. The God of the Bible is not the god of Islam. It’s not the god in the Quran. They have to change their whole frame of mind, their perspective on who God is.”

Another avenue of making connections comes through their compassion ministry branch which assists runaway children, people in sex trafficking, the homeless, and drug addicts.

“We constantly are finding people that God has raised up to hear to His Gospel through these compassion ministries,” Reza says.

It is an exciting time in the Middle East—not just because Muslims are responding to the Gospel, but because there is a growing potential for Iran—the Islamic Republic—to become a light of the Gospel to the rest of the world. Reza says this is something you probably won’t hear in the politically saturated mainstream media.

“The real news is God is starting a revival and it’s going to send shockwaves through the rest of the Middle East. Imagine if Iran and Afghanistan become ten percent Christian. What kind of shockwave would that send to the rest of the Islamic nations in the world?”

Reza says the nation is uniquely positioned to impact the rest of the Middle East in a big way.

“Iran is the only country in the Middle East that speaks all the languages of the Middle East. So our dream one day is to send Iranian missionaries back to their countries […] We are hoping one day that Iran will become a missionary sending nation.”

Right now in Iran, GCM is working in 90 cities and villages. It’s a relatively small portion of the total cities in Iran, but they are continuing to start new churches. They also want to start a Gospel movement in Afghanistan, too.

“Know that the spiritual warfare here is very intense. Sickness, relationship issues, health issues, financial issues, persecution issues—there’s a lot going on. We are in a constant battle on the frontline.” 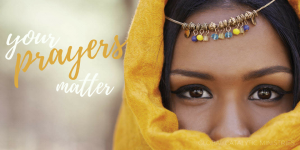 Pray, Reza says, and tell others about GCM and how God is using them. You can also learn how to pray more specifically here.

And even though you may not be able to go to the Middle East to share the Gospel, there are opportunities to interact with Muslims right where you are. Sometimes, this can be a daunting task. But Reza says, “Do not be afraid of Muslims. They are people, too. They love God, and we need to be the light and salt for them. We need to show them who the true God is. Jesus. He is the true God. And when they get touched by the true God, it’s amazing.”

One of the best ways to start reaching out to your Muslim neighbors is to invite them to share holidays—Christmas or Thanksgiving—with you and your family. It might be the only time they’ve ever been invited to a Christian’s home. If they accept, it gives you the opportunity to give them a gift—maybe The Jesus Film or Scriptures in their language.

To learn more about GCM and how you can partner with them financially, click here.