Russia (MNN) — It’s been just over a week since Russia’s President Vladimir Putin retaliated against the United States sanctions. Now, concern over repercussions against the U.S.-supported ministries in Russia is growing. 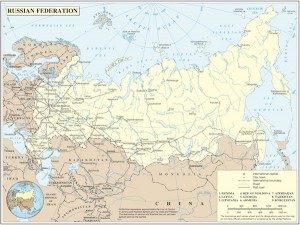 “This new bill now takes those existing sanctions that were in place [from the Obama administration] and imposes some new measures,” Slavic Gospel Association’s Joel Griffith explains.

“It basically targets key Russian industries like railways, metals, mining, [and] maybe restrictions on companies doing business with the oil industry in Russia.”

However, all these new sanctions could negatively impact Western-supported churches and ministries in Russia. After all, a bruised economy means that not just a few industries will suffer, but the entire Russian people.

“We serve the indigenous churches. We’re not over there with our own mission, doing our own thing. I mean, we exist solely to serve these churches. And I think by God’s grace and mercy, I think that has shielded us from a lot of the difficulties that could be encountered over there,” Griffith shares.

Despite not being affected by the sanctions, SGA ministries still need to be careful. Any tension between Russia and the West could impact them for the worst if they’re perceived having “Western” influence. They could then become targets during retaliations.

For the moment, though, SGA-supported churches are still hosting summer camp ministries and are wrapping up the planning process for Immanuel’s Child, SGA’s Christmas children’s ministry program.

During the Christmas season, most Russian communities open their doors to strangers, including Evangelical churches. While Immanuel’s Child’s main focus is on ministering to children during the holiday, churches also impact their communities by inviting children and adults to Christmas programs. 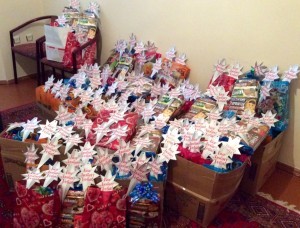 Despite the future being unknown with the U.S. sanctions, SGA and its partner churches continue to walk forward in faith.

“And we need to pray that the Lord would restrain the enemy from letting the political situation [escalate] so intensely that it actually does begin to have an impact,” Griffith shares, “whether it be on support for the churches or to make the ministries of the churches more difficult.”

Pray also for the Gospel’s impact on those who are hearing the God’s Word through these Russian churches. Also, pray for sufficient support and funds for these churches to be able to continue reaching out to their communities.