One Way Ministries begins training program for believers in Ghana

A recent trip to Ghana saw the debut of the Livingstone School of Missions. A team of three Americans met with 23 local believers for the program. The intent is to help young people who are excited about missions operate effectively in Ghana.

“The first part is in the classroom,” said Beth Beckman of One Way Ministries. “It’s an intensive one-week training program that includes some experiential learning on topics like Christian mission foundation, discovering your spiritual gifts, trends and issues in global missions, leadership, evangelism, and even sports ministry.” 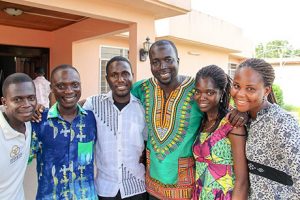 (Photo courtesy of One Way Ministries)

After bookwork came fieldwork. “We took a 17-hour bus ride up into the remote villages of Northern Ghana and did some outreach among the Kumba people who are a very receptive but unreached people group there in Northern Ghana,” Beckman said.

The Kumba people “are primarily idol worshippers, but they’re very open to the Gospel, so you can go up there and talk about Jesus very openly in the schools and in the villages,” Beckman says. When OWM’s Africa Director Ray Mesah met with villages, each was interested in clean water and schools, but it was only the Kumba people who wanted churches.

“They actually have witnessed the changes that can happen in communities due to the fact that people are Christians and follow Jesus, so they really wanted churches.” OWM has worked with them for four years, and now they want to reach neighboring tribes. 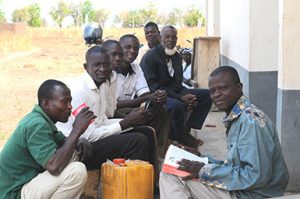 (Photo courtesy of One Way Ministries)

That’s where the local believers who went through the Livingstone School of Missions can help. They were each assigned to one of the unreached people groups in Ghana for prayer and ministry, and they’re already on the case. Beckman said one team member is planning a short trip with his church, while another pair “is ready to be a team of two on motorbikes with Jesus Film backpacks going into remote villages at night and showing the Jesus Film. In many of these remote villages, that’s their first introduction to who Jesus is.”

But none of this can happen without your prayer and support. Beckman asks, “Pray that God will continue to raise up young people, including these young people that were part of the School of Mission this summer, that He’ll raise them to just share about Jesus.”