USA (MNN) — Biblica’s prison ministry is older than most of the prisons they serve in. After two centuries, you would think requests for Bibles would die down, but Andrew Wilson with Biblica says the interest in Scripture is as strong as ever.

Thanks to partnerships with organizations like the Prison Book Project and Prison Fellowship International, not to mention connections to individual chaplains, Biblica is able to get God’s Word into almost 3,000 facilities across the United States. 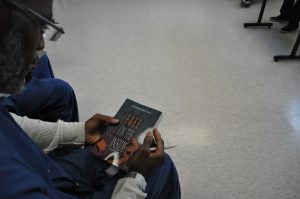 This nationwide network includes many individuals trusted by the state who are able to take Bibles into areas that would normally be off limits. “If it wasn’t for the chaplains and individual volunteers who have special permission from the system to go in and minister to these individuals, we really would have a hard time getting the Bibles to the inmates,” Wilson said.

Biblica even has a special translation called the “Free On The Inside” Bible they can distribute through their partners. The Bible uses the NIRV, or New International Reader’s Version, which is “written for an audience who maybe their literacy isn’t as strong, they didn’t have access to education, or maybe it’s just something they’re not comfortable with reading,” Wilson says. “The NIRV helps these individuals engage with God’s Word in a way that isn’t too overwhelming or intimidating.”

What’s more, “We inserted testimonies from individuals who are either currently incarcerated and know the Lord or came to know the Lord during incarceration and are now free and doing ministry or just living their lives outside of prison,” Wilson says. This allows prisoners to read God’s Word and get feedback from someone who has been in their exact shoes, and even the State Department is saying prisoners are frequently requesting Free On The Inside Bibles. 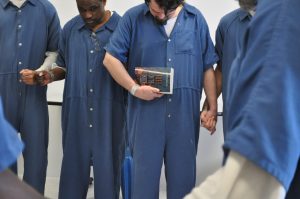 Biblica believes prisons are some of the most important mission fields people can help contribute to.

“They’re in such a hopeless situation,” Wilson says. “They’re stuck there, they’re taken away from everything — and of course, yes, that’s a result of their actions — but we know that when Jesus came and died for us and our sins, that didn’t exclude them.

“Prison bars aren’t a barrier between them and God.”

And Biblica has piles of letters and testimonies to prove it.

Another letter came from the mother of a prisoner who died in prison with the Free On The Inside Bible in his hands. Another asked a flurry of questions from a former Muslim who had become a Christian through Biblica resources. Several tell of prisoners fighting off drug addictions after reading through the Bible. “We even get stories about people who want a new Bible because the current Bible they have is held together by shampoo bottle labels because they’ve read it so much.” 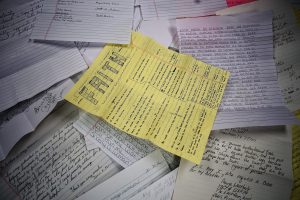 It’s these stories that encourage Biblica to keep giving, and they’re hoping you’ll support and pray for them as they go forward.

“Pray for the judicial system here in the U.S. that continues to restrict the religious freedom of being able to get Bibles and other religious materials into prisons.” If you’re able to give, requests are constant and continue to grow.

Above all, remember that these people are not beyond the reach of God’s love. “They’re in a situation where most people have just written them off and said, ‘They’ve made their life choices and they’re no longer going to function in society,’” Wilson shares. “Yet here they are finding Jesus and starting Bible studies and evangelizing to their neighbors.”

If you’d like to help Biblica continue introducing inmates to the hope of the Gospel, click here.