A Christian response to Charlottesville

USA (MNN) — This past Saturday in Charlottesville, Virginia, white nationalists and neo-Nazis assembled to protest a Confederate monument’s removal. Law enforcement estimated between 2,00-6,000 people would be at the protest. The alt-right group shouted racist slurs and hateful chants, and several counter-protestors gathered.

The Tragedy of Charlottesville 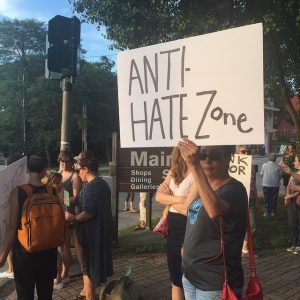 Christian Aid Mission is based in Charlottesville, and David Taylor with Christian Aid was on-site where the protests took place. “It was kind of my first time to experience up-close something like that where you had so much, kind of, charged hate. You had two sides that were just yelling at each other and it just looked like something was ready to explode. You felt that electricity in the air. You felt like this was going to get violent.”

And it did get violent. As each side goaded the other, several brawls broke out and one man drove a car into the crowd of counter-protesters, injuring 19 people and killing one young woman. Virginia Governor Terry McAuliffe declared a state of emergency “to aid state response to violence.”

Christians in Charlottesville were also present. Members of the clergy linked arms and sang ‘This Little Light of Mine’ in a stand against the alt-right group. Taylor says he also witnessed believers holding prayer vigils.

The ideology of nationalists is quite similar to the ideology of terrorists and extremists. According to InfoPlease, the stated mission of al Qaeda is “to drive Americans and American influence out of all Muslim nations, especially Saudi Arabia; destroy Israel; and topple pro-Western dictatorships around the Middle East.” Boko Haram in Nigeria literally means “Western education is forbidden”. ISIS has made it known that their goal is to establish an Islamic caliphate across the Middle East. 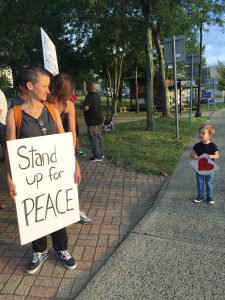 As Scripture says in 1 John 4:20, “If anyone says, ‘I love God,’ and hates his brother, he is a liar; for he who does not love his brother whom he has seen cannot love God whom he has not seen.”

Taylor shares, “I think God is waking us up…. What we saw this past week where the young man drove into a crowd, that was reminiscent of what al-Qaeda is doing, what extremist Muslims are doing. And now it’s kind of come full-circle, it’s now hitting here in our homeland. This should be a wake-up call to us, that we can’t ignore what’s happening around the world.”

But some within the alt-right group do indeed claim the label of ‘Christian’. And there is grave danger in those who would hijack the name of Christ for their own nationalist agendas.

Taylor says, “There is a huge risk I think right now in terms of how people are viewing religion. There’s the impression that young people are going to get as they’re growing up in this context that religion is something that’s harmful, that’s something that is extremist. This is the time to speak into a generation that is increasingly becoming secularized. 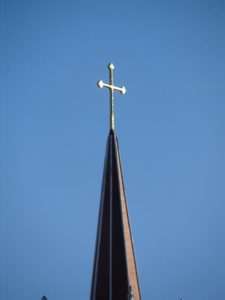 “Our organization at Christian Aid Mission, we have a global look. So we’re thinking about this in terms of the implications for how we’re being viewed around the world. How is Christianity being viewed? And what is the Church’s response to this kind of thing?”

It’s important that the American Church take racism in our backyards very seriously. “I think it’s important first because of history,” Taylor reflects. “There was certainly a kind of unwitting participation if you will, a complicity if you will, of American Christianity with racism…. As Martin Luther King said, the most segregated hour of our time is on Sunday. And we still have this situation in the Church where we’re not really exemplifying the heart of Christianity, the brotherhood that we have in Christ. We’re still meeting in our ethnic enclaves. Not that there’s anything particularly wrong with having ethnic churches. It’s just that there’s an underlying problem that is illustrated by that, where we still have a problem coming together and we need to overcome it.”

So how can we as the Church, the Body of Christ, be part of the reconciliation and healing process across racial and cultural divides?

“I think one thing we can do is begin to show solidarity within Christianity. I remember one day being surprised when I was living out in California and on the cover of the LA Times was a cover story on Latinos and African Americans getting together for worship on Easter for a sunrise service. And the reason why that made the front page is because, traditionally, African Americans and Latinos haven’t gotten along in Los Angeles. But here they were worshipping together and that’s a powerful message that we can bring — that we can tell the world that in Christ, there is no Greek or Jew, male or female, there are not these distinctions. We’re all the same before God.”

Ultimately, it’s going to take Christians who are centered on the Gospel, faithful to the Great Commission, and grounded in God’s truth and love who can then tell the world what the Church is all about. 1 Peter 2:9 says, “But you are a chosen race, a royal priesthood, a holy nation, a people for his own possession, that you may proclaim the excellencies of him who called you out of darkness into his marvelous light.” 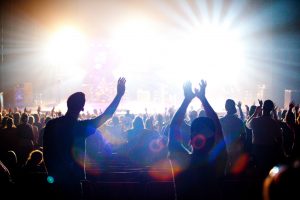 That ‘chosen race’ in 1 Peter is not an ethnic group. It is the Church. And ‘Christ-follower’ is our primary identity — more than our national identity, our gender, our ethnic background, or anything else. Revelation 7:9-10 speaks of the Apostle John’s diverse vision of the Church when he said, “After this I looked, and behold, a great multitude that no one could number, from every nation, from all tribes and peoples and languages, standing before the throne and before the Lamb, clothed in white robes, with palm branches in their hands, and crying out with a loud voice, ‘Salvation belongs to our God who sits on the throne, and to the Lamb!'”

What a beautiful vision of the diversity and unity we have as brothers and sisters in Christ across creeds, languages, and countries. We may have different backgrounds and stories, but we are one in the Lord. As believers embrace the joy in this vision, we can share it with the world looking on.

Taylor encourages, “Let’s get ahead of the narrative, and let’s let people know that as Christians we have nothing to do with racism. Quite the opposite. Jesus came to tear down divisions. And we are going to do everything we can to bring healing to the past. I think these are wounds that are resurfacing from the past, things that have never been healed. So there is a larger issue here. It’s not just about monuments. There is a deeper issue here that needs to be addressed, and that’s what we need to be talking about as Christians.”

A Prayer for Charlottesville…and the World

Finally, Taylor offers this prayer — for unity and for healing:

“Heavenly Father, we come before your throne. Our hearts are heavy. We are at a place where we don’t know what to do, so we turn to you. You are the God of all wisdom. You are the God of all peace, and we ask you to bring the Prince of Peace to our land, to our country. God, we need your healing, we need your touch, we need your love to permeate our hearts and our minds. Lord, the world is watching us, the eyes of the world are watching your people and how we’re going to respond. And I ask you to strengthen us, to empower us, to enable us as your people to rise above all of this — to rise above the rhetoric, to rise above the pettiness. God come in and show us the way. Lead us, God, that we may be Kingdom seekers. May we be Kingdom-minded people. Show us how to do that God. Only you know the way. In Jesus’ name, we pray, Amen.”

Click here to read more thoughts from Carl Moeller with Biblica on the Church and a biblical view of racism.