USA (MNN) – This past weekend, the people of Charlottesville, Virginia experienced a radical display of hatred that revealed the worst parts of our society. 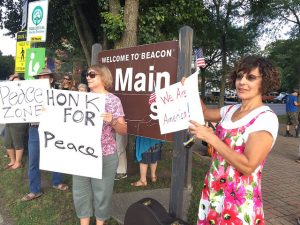 Such blatant and extreme racism is something only God’s love can change. We asked Biblica CEO Carl Moeller for insight into how he believes Christians should respond.

“First of all, we all have to acknowledge that I think as Christians, or just as human beings, I think the events, the violence, and the pure hatred that was expressed on Saturday should be repulsive to us, and it should be something that causes us to really stand back and look into what I call the mirror of human nature apart from the love of Jesus Christ,” Moeller says.

Racism is nothing new. History is filled with examples of people hating each other because of their background.

“The Bible is chock-full of racist elements that illustrate the depravity of human beings and their ability to find ways to hate and destroy one another,” Moeller says. “Jews did that to the Samaritans. The Jews and the Gentiles were guilty in many places throughout Scripture of having a racist identity that ignored and defeated the very revelation of God.”

Moeller says that apart from Christ, there is no antidote for racism. Only when we realize what racism truly is, he says, can we begin to foster unity.

“I think the root of racism is idolatry,” Moeller says. “There’s no question in my mind that when we are convinced that our race is superior, our way of life is superior, we’re actually putting something in place of our primary love that should be there for God.

“If we remember that racism is an idolatry, then we have to remember also that Christ’s coming is to destroy the divisions and the basis for racism. It’s to break down, as Paul said, that dividing wall between us, between our ethnicities and between our self-centered idolatries.”

A good reminder of our unity in Christ is John 3:16: “For God so loved the world that he gave his one and only Son, that whoever believes in him shall not perish but have eternal life” (NIV). In God’s eyes, we are all equal. 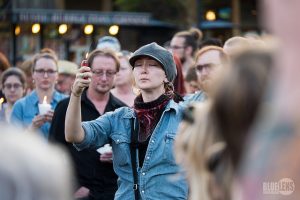 “I think we would do well in this moment of division in our country to remember that. Let’s call people to the foot of the cross, where we will have the unity that comes from the Body of Christ.”

In this divisive time, Moeller challenges us to pray not just for harmony, but that the Spirit would penetrate the hearts of those spreading their hateful ideologies. He also says Christians need to remain united.

“I think it’s an important time for the Church to speak with one voice on this, that regardless of where we fall on the political spectrum of things, we must fall together on the biblical spectrum of this,” Moeller says. “The Bible is clear. There is no room in the Church, in our personal Christian lives, or even as we extend ourselves into society, for race-based hatred and racism. It’s just not an option for us.”