Burkina Faso (MNN) — On Sunday, a lively café in the northern part of Burkina Faso was the site of a horrific attack by jihadist gunmen. A large group had gathered there to celebrate a birthday party when chaos broke out. The attack took place just a few paces away from the January 2016 attack which killed 30 people.

Kristin Wright of Open Doors USA explains, “It’s a complete tragedy that occurred on Sunday. At least 18 people were killed as a result of this terrorist attack where gunmen basically went over to a café where people were eating indoors and outdoors and just began gunning people down.” 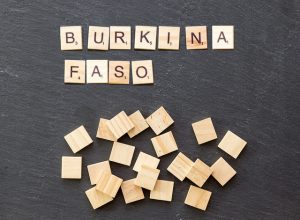 As is common in attacks like these, the café happened to be full of foreigners. Among the victims, Wright says, were people from Nigeria, Turkey, France, Senegal, Kuwait, and Canada.

It’s not often that Burkina Faso is in international news for violence like this. In fact, the nation sees relatively few deadly attacks like these. But to fully understand the situation here, and the growing risks, we have to consider its volatile neighbor, Mali.

Mali is number 32 on Open Doors’ World Watch List which ranks the countries where it is most difficult to live as a Christian. In 2012, there was a massive takeover by Islamist extremists in the northern part of Mali. Since then, the nation has seen poor civil and religious liberties. The instability has taken a toll on Burkina Faso.

“This is what the terrorist attack really has a lot to do with, is violence and terrorism spilling over from Mali over that border into Burkina Faso and causing so much difficulty and pain for people living there,” Wright says. 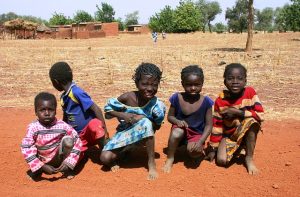 While there are incidents of religious persecution stemming from within Burkina Faso, they go against the general flow and attitude of the nation.

In fact, in this Muslim dominated nation, about a quarter of the population are Christians. There are also many people who hold to animistic beliefs.

“Burkina Faso has actually been known for many years as a country of great religious tolerance where Muslims and Christians and people of other faiths have lived side-by-side and lived peacefully.”

Wright says that the radical movement bleeding into Burkina Faso is carried along by the strategy “to destabilize the region, to continue to cause horror and hurt and pain throughout this region of the world and we’re seeing that continued destabilization”.

Even so, she is hopeful that Burkina Faso will continue to be a nation that upholds the values of religious freedom for all. She says we must continue to pray for this country because it seems like these attacks will increase.

“Christians are in a precarious situation. We’ve heard of some kidnappings that have occurred in Burkina Faso. Other incidents of violence have occurred.”

We also can be praying for Mali, as well. Ask God to bring peace to this nation. Pray for the protection of the 448,000 Christians who live here under the heavy thumb of extremism. Pray, also, for those living in Burkina Faso.

“We really need to be in prayer for the people of Burkina Faso, people of all faiths and backgrounds, that this would continue to be a place where people can live side-by-side peacefully and that the terrorism that is growing in this region would not continue to spill over these borders.”

Wright says you can continue to learn about the persecuted Church and get involved through prayer and advocacy. To learn more, click here.

Keep in mind, the International Day of Prayer for the persecuted Church is coming up this November.