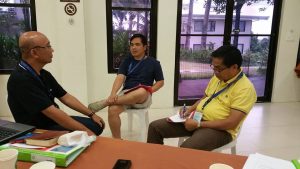 At least 80 people were killed last week in multiple police raids, including a raid on Tuesday in the Bulacon province that left 32 people dead. It was the single bloodiest day of Duterte’s crackdown on drug users and pushers, his major initiative that began when he was inaugurated as President on June 30th last year.

“The useful explanation is that they fought back and so the police just fought back as well, and all of them were killed,” Herman Moldez, the Philippines country director for Asian Access, says. “So this has caused for alarm and this really [got] the whole country again thinking and putting drug war as the center issue. For awhile, it kept quiet because we were so caught up in the war in Marawi. But right now, it’s coming back again.”

The crackdown has drawn widespread condemnation from human rights activists. Some estimate that between 10,000-12,000 people have been killed in police raids and apparent vigilante killings. But despite the bloodshed, Duterte’s approval rating is at an all-time high.

“When the president started a campaign against drugs, many of the communities used to be a place where so many are using drugs and it became a very unsafe place to be,” Moldez says. “Now they are experiencing some relative peace because of this campaign.”

Moldez says the government’s approach, however, is not a long-term or ethical solution. He says the Church is playing an important role addressing the root issue. 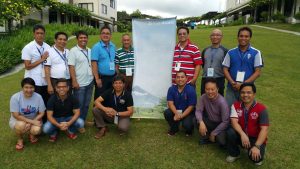 “The pastors are doing values formation and…the Church is doing a very strategic ministry to impact society and really help these drug users be restored back in society and be reconnected with God.

“The government has been asking really the Church and the pastors to help because the users themselves are saying this is a missing component in the drug rehabilitation. They need to be reconnected with God, and the Church is at the forefront of that.”