Update on tent school for refugee kids in Lebanon

Lebanon (MNN) — Last year we told you about plans to establish a school in a refugee camp in Lebanon. One year later, Dale Dieleman of Tent Schools International says, even after pressure from within the camp, the school is thriving.

“There was [a] setback, but God provided a new location and God is still continuing to work behind the scenes in so many ways over there. So we’re just excited to say, ‘We’re going to be with you and we’re sticking with you as a partner,’” Dieleman said.

That’s especially remarkable in an area known for instability. “The director of the project there has mentioned to us that there’s always a chance of things changing before your eyes,” Dieleman said.

Originally, Tent Schools International sent funds to Lebanon so a team of local teachers could start a tent school in a refugee camp for Syrian children. Classes would be taught in Arabic and English, and there were initially about 75 students. 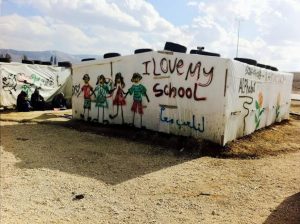 Soon, some refugees became opposed to the idea when they found out the organization behind the project was Christian. They contacted authorities within the camp who forced the teachers to relocate the physical school to a different part of the camp.

However, the school was up and running by January, and a new school year will start again in October. Interest has actually grown, so Dieleman reports that teachers are going to work two shifts to accommodate 100 students in total.

Teachers still pray at the beginning of class, sing Christian songs, and are always willing to talk to parents and students alike about the truth of the Gospel. However, they have to be careful not to appear “too pushy” so the local community won’t be offended again, Dieleman said.

The entire experience has taught Tent Schools International a new way to build partnerships and approach missions. “To be a real partner walking alongside and saying, ‘How can we help?’ is more than just saying, ‘Oh, here’s some money for a startup,’ and then walking away from it,” Dieleman said. “We really now need to be with them as they continue to develop and expand their program.”

Dieleman said in the past when organizations would “partner” with someone, they would be saying, “’We want to bestow something on you.’ Now saying, ‘We want to partner with you,’ means we are open to your partnership, your leadership, your advice, and your determination in terms of how best we can come alongside and serve.

“It’s just a powerful testimony to people — particularly the teachers — who are just staying with it. They are not discouraged. They see this as a growing opportunity.” 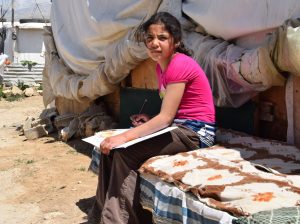 Want to become a partner and walk alongside these teachers? Dieleman says it’s just a few clicks away. “Tent Schools International has committed to paying the teachers’ salaries for the coming year. However, that doesn’t account for some of the other expenses such as rent, heat (because it does get very cold during the winter), electricity, other school supplies, etc.”

Tent Schools International is all about doing ministry that focuses on building deeper relationships rather than boasting big numbers and a wide reach. “Let’s really get busy doing the work of God alongside these partners we have already invested in, not just monetarily, but in terms of prayer and in terms of other kinds of support.”