Spain (MNN) — A hearing was held yesterday for 12 suspects in an alleged ISIS terror cell responsible for the attacks in Barcelona and Cambrils last week. 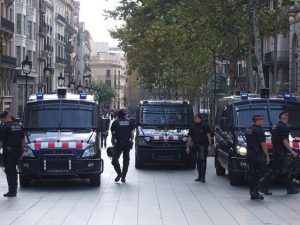 Around 5:00 pm local time Thursday, a vehicle drove into a street of tourists in the heart of Barcelona and killed 13 people. Not long after that, another terrorist vehicle attack and stabbing in Cambrils killed one more and injured six just after midnight Friday morning. A driver of a hijacked car was also found stabbed to death just outside Barcelona. In total, 15 people were killed and more than 100 injured in this series of terror attacks.

In addition to the 12 arrested, eight members of the alleged terror cell have been killed, including the driver of the van who rammed into Barcelona pedestrians. Two died in an accidental house explosion before the attacks, which changed the nature of their strike plan, and six were killed by police in shootouts — four by one heroic officer who responded to the Cambrils attacks.

All the 12 arrested suspects at yesterday’s court hearing were young men of North African descent. Rebeca Lampaya, Spain Field Leader with Operation Mobilization, says this attack could cause a further rift between Spanish locals and North African immigrants.

“Probably they are getting a bit angry because, as you might know, there is a big population of North Africans meeting in Barcelona and in the surrounding areas.”

Lampaya says the Barcelona attack hit extremely close to home for OM’s ministry there. “We don’t have an OM team in Barcelona…but we have a team just very close, about 25 kilometers south of Barcelona. It is very well connected with public transportation, so our team goes to Barcelona probably a couple of times a week. 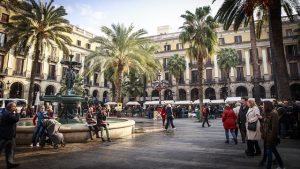 “As a matter of fact, the team was there the previous day and walking through the affected area. So the team was very shocked because it could have happened to them, you know, if they had a change of plans or whatever, they could have been walking that street on Thursday at the time of the attack.”

Not only that, but the attack in Cambrils was close on their ministry’s heels as well. Just one month ago, OM held a five-day evangelism training conference in Tarragona. The OM team had ventured into the park in Cambrils to share the Gospel and they even had the opportunity to speak with several North African people there.

Although these terrorist attacks have caused shock, fear, and even anger, Lampaya says she sees God strategically going ahead of them to enact Gospel workers where they will be needed. 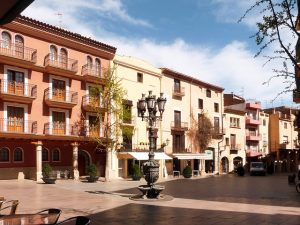 “It could have happened in a different town, there are many different towns surrounding the Barcelona area. But just happening in Cambrils where we were working just a month before the attack, we are still digesting and trying to see what is the plan of God in this area.”

It has stirred the local churches to action. “Right now, the churches are praying and sending messages of comfort to the families that have been affected…. They see the reality, that it’s not only what they see in different countries like Syria, Afghanistan, Iraq, and other countries, but it can also happen in our city.”

Lampaya says their biggest prayer need now is for the spread of the Gospel in Barcelona, Cambrils, and all of Spain.

“I think they can pray for unity among the local churches in Barcelona. Barcelona is a big city. There are many different churches, many different ministries, and they tend to work very individualistic, not really working on helping each other. So just pray that things like this will help the local church to work together, not look in maybe the differences they have about denominations or the kind of work they do, but that they will be united in reaching to the city together as one Body of Christ.”

Also, she adds, “Spain needs [Gospel] workers. Spain is a country that evangelicals are a minority, so sometimes when you have this kind of attack, it won’t help very much when we are trying to recruit workers to come and work in Spain because of what happened last Thursday. So I think it would be interesting to pray that whoever God is calling to work in Europe…that they will take the courage to come and work in countries like Spain, no matter what happened before. It’s true that it can happen again because Europe is a target of these kinds of terrorist attacks, but I think it’s important that people who God is calling to reach out to nationals, to those who are in need of understanding what the Gospel means, that they will come no matter what they hear on the news.”