India (MNN) — In India, Christians are facing persecution at a higher rate than ever before. 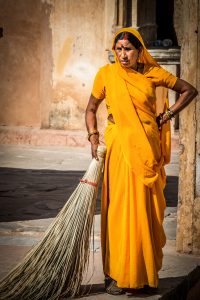 According to World Watch Monitor, there were 410 reported incidents of Christians being attacked, threatened, or harassed for their faith in the first six months of 2017. That’s almost as many as the total number of incidents for all of 2016 (441).

We spoke with Greg Musselman of Voice of the Martyrs Canada for some explanation.

“The ruling party, the BJP, would say, ‘No, we’re a secular state, we’re not for that,’” Musselman says. “But the reality is there are wings within that government that are really pushing a Hindu agenda, and that has led to a rise up in persecution.

“There’s more violence, churches being burned, there’s been even some deaths and harassment and driving Christians from communities. I mean, there’s many reasons of course why these things happen, but the bottom line is that they’re a group of radicals, and we see this in Muslim countries as well. [They] just say this is the dominant religion. It’s culture, it’s everything, and Christians are seen as in opposition to that.”

Though the government claims India is a secular society, it isn’t doing much to stem persecution. Five states have anti-conversion laws used to inhibit Christians sharing their faith. Musselman says the National Council of Churches in India, which represents about 14 million Protestant Orthodox Christians, sent an open letter to India’s Prime Minister Narendra Modi saying the state and central government is not taking severe enough action on those inflicting persecution.

“They’re giving lip service to these things,” Musselman says. “They can even pass bills, and there are people that are within these governments, whether it’s the state or federal governments, that really do want to see human rights violations decreased and protect people’s rights. But you are going against one of the largest nations in the world in terms of population, and you have people that are pretty ingrained into their ideology and thought pattern, so even if you have laws on the books, how are they enforced? That’s the question.”

Voice of the Martyrs Canada has been working in India for numerous years, starting micro loan projects and raising awareness of persecution. Musselman says the increase in persecution will likely affect their work, as they’re seen as a threat to the national identity. 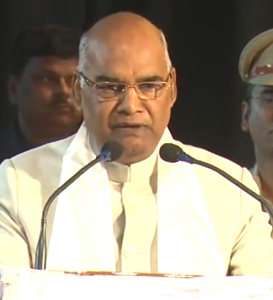 “If you’re working with the churches there and Christians within the country, and they see Americans, Canadians, Westerners working there, that causes even more tension because they say, ‘Well, this is an American religion trying to take over our country,’” Musselman says.

You can also make a difference by contacting your government leaders and asking them to act on behalf of persecuted believers in India.