China (MNN) — Imagine spending every waking moment competing against your peers for temporary, shallow, and material rewards. Sound unfulfilling? According to Linda Pervenecki of China Partner, China’s youth would agree.

“There’s a lot of competition for good jobs in China just because there are so many young people coming out of the education system, so they always have to compete and that becomes very exhausting over a long period of time,” Pervenecki said. It’s not just about working hard. Chinese youth have to be the best of the best to be able to find and hold on to jobs. 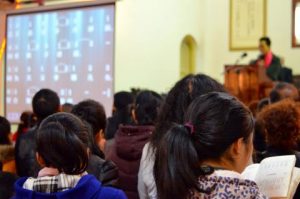 And even when they have the job they want, the reward often turns out to be disappointing. “All of them are realizing that getting the next best thing, getting a job, getting an apartment or a nice new car is not fulfilling their life,” Pervenecki said.

It’s so exhausting that many Chinese young people are “shutting down and shutting off.” Pervenecki says their disillusionment isn’t just causing them to give up; it’s costing lives. “Death games, a series of increasingly difficult challenges that end with the participant committing suicide,” are becoming more and more popular as young people look for fulfillment and meaning in their lives.

That’s where the Church needs to step in.

“We believe God has created each person with a purpose,” she says. China Partner is working to help churches and ministries show young people that God has a purpose that is not material or earthly but instead provides “a tremendous amount of hope.”

The good news is most Christian leaders understand that there is a need. “Many of the pastors and churches that we talk to in China realize that they are not focusing enough on the next generation,” Pervenecki said. 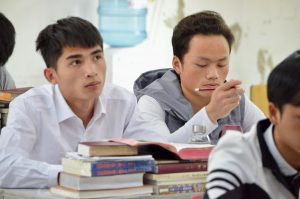 The only problem is these churches don’t have the resources or know-how to extend their ministry. “Churches in China are growing quite rapidly actually, but the challenge of that is there aren’t enough youth workers or workers in general that can continue to disciple people and help them grow in the churches.”

China Partner is advocating to churches for the need to reach young people and is keeping leaders informed on what the needs of the youth are.

Pray that church leaders can come alongside a new generation and bring them into the light of the Gospel. And consider partnering with China Partner as they take on this project.