Education channel for refugee and displaced kids to launch next month

MENA (MNN) — Months and months of planning and preparation and prayer have finally culminated in the imminent launch of an educational television channel aimed at refugee and displaced children. The channel, SAT7 ACADEMY, will begin broadcasting on September 1st throughout the Middle East and North Africa. 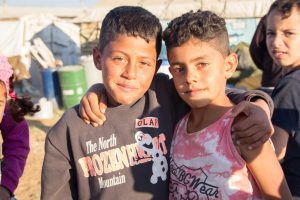 Rex Rogers with SAT-7, a Christian satellite television ministry to the Middle East and North Africa, explains, “There are 13 million Arab kids over there who are not in school or are in poor schooling situations — their school has been blown up even if they want to go to school, those kinds of things. And we look at that socially speaking as a real threat to not only their future, but to the future of the Middle East.”

The channel will provide round-the-clock programming with educational lessons on Arabic, English, mathematics, and some science.

“SAT7 ACADEMY is innovative,” says Rogers. “It is education on TV; that’s been done before, but not in areas of extensive economic, social, and educational need and development — areas and regions that are struggling. This really hasn’t been done very much.”

SAT-7 already has another educational kids’ program called My School on their SAT7 KIDS channel. They have heard very positive feedback on this program from kids, their parents, and even NGOs. It’s strategic because satellite television has a wide audience reach and can touch communities that otherwise might not be accessible through other methods.

Satellite television is free and almost everybody in the Middle East and North Africa has access to television, even in refugee camps. Television doesn’t require literacy, so children who aren’t in school and don’t know how to read can still watch and learn.

“There are already children over there who haven’t been in school for five or six years. So when you think about that and you think about how important education is to any kind of meaningful quality of life as an adult and the ability to care for yourself and the hope to live in a free society where you’re supposed to think and participate, education is enormously important and SAT-7 believes it needs to be a part of addressing that need.”

Additionally, when it comes to refugee and displaced children, there is the trauma to be considered. Growing up without an education only compounds the issue.

“People are doing studies now of the trauma impact of all this moving, of the violence, loss of home, loss of family members, of uncertainty, of living in places where you’re unfamiliar, of hunger. I mean all the health problems, all the things these children are going through and young adults, youths, you can’t help but experience trauma,” says Rogers.

“If [refugee children] grow up illiterate then, of course, they are more vulnerable, more susceptible to extreme ideas, whether extremism or radicalism. Or just not being able to find employment, not being able to care for themselves and therefore their families, and that creates frustration and it creates reaction.” 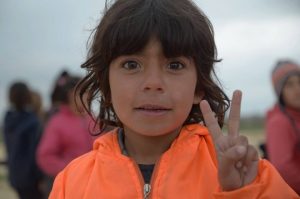 This is why, in addition to education on SAT7 ACADEMY, “we’ll do what we call social impact programming where we will address issues, problems on air that are relevant to their understanding of their needs. But primarily it’s aimed at children and aimed at education.”

Although SAT7 ACADEMY will not address biblical topics, SAT-7’s other channels do, and Rogers says an educational channel is right on mission.

“Christians have always been motivated to provide education because we are, as they say, ‘people of the Book’. You want to teach people how to read so that they can think, so that they can access ideas for themselves and process and internalize and make their own decisions in life, including spiritual ideas.”

As SAT-7 prepares to start SAT7 ACADEMY next month, please pray for a smooth launch process and that it would stir a love for learning in the young minds of refugee and displaced children.

Pray also that as these children grow up into critical thinkers and seek life’s truths, that they would find joy in the truth of God’s Word — perhaps even through the ministry of SAT-7’s other Christian channels.

Rogers adds, “If they want to financially support, they can do so through SAT-7. A typical way is on our website, sat7usa.org. They can find us and find out more about this new programming, SAT7 ACADEMY.”