International (MNN) — The Bible is widespread in the US, but that doesn’t mean it’s widely understood.

Barna reported that 87 percent of households own a Bible. However, as of 2016, 41 percent of people read Scripture less than once per year.

What’s more, Scott Everhart of Wycliffe USA says young people don’t see enough of their peers digging into God’s Word, which leads to a new generation with little or no interest in the Bible. That also produces an entire generation that’s not concerned with Bible translation. As Everhart puts it, “If they don’t care about the Bible in their own language, why should they care about the Bible in the language of someone they’ll never meet?” 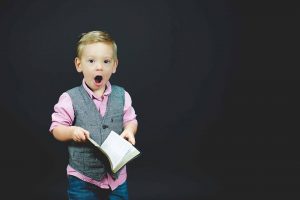 These are the problems that spawned the #WhyBible project, a virtual campaign to reignite Bible literacy across the globe by sharing stories of translation and personal testimonies.

“This is a great opportunity for us to help kickstart it and bring in lots of other organizations to help us raise more awareness about the need for Scripture engagement and Bible engagement in the US and around the world,” Everhart says.

The campaign is designed to give Christians and non-Christians alike a chance to talk about the impact of the Bible. It is conducted through social media and a partnership of websites, and anyone interested in starting their own campaign can find resources and information at the #WhyBible website.

“It can help you engage and go deeper into Scripture than we as a country are doing right now,” Everhart says.

The campaign’s primary tool is the WhyBible hashtag. Using the tag “allows the internet to aggregate all of these posts and all of these topics and all of these conversations into an easy-to-access centralized location,” Everhart says. That means people who start noticing can follow the trail to see a larger conversation that combines individual voices into a larger cry for change. 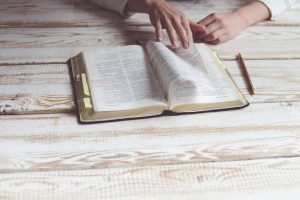 “That was really our goal, to create this sort of nexus and critical mass of people talking about why the Bible is important, then giving folks that wanted to explore that the opportunity to explore the avenues and topics and conversations around this that they were interested in,” Everhart says.

The campaign will go through September, but Everhart says things got started earlier this summer.

After talking about where Wycliffe USA is in the process of making those translations, they spent this month showing stories of how Wycliffe is bringing the Gospel to indigenous people groups around the world.

“In September, you can talk about what you’ve learned and are learning,” Everhart says.

And it will be an international conversation. “Last year we were a completely US-based conversation and this year we’re actually going global. We’ve had interest and conversations with folks in Europe, and we’ve actually had two organizations in Canada join us this year.

“The stories that change lives around the world will inspire those who may not be as engaged with Scripture here in the US to go, ‘You know what? I’d like to see that kind of transformation in my own life or in the life of my community, and that change in my community starts with me.’”