Turning Jordan into a safe haven

Jordan (MNN) — With neighbors like Syria and Iraq, you wouldn’t expect Jordan to stay stable, let alone represent a safe haven for fleeing refugees. Yet according to Rama Haddadin, Project Coordinator at the Jordanian Bible Society, Jordanian believers are making sure they can provide exactly that.

“When they first came to Jordan, the Church was the first welcoming shelter for Syrian refugees and Iraqi refugees,” Haddadin says, and believers are still helping even today.

Local churches in Jordan have partnered with the government to create caravans that provide electricity, water, restrooms, food, heaters, blankets, clothing, a place to stay, and other essentials to refugees as they attempt to resettle. These are people who “fled from their homes with absolutely nothing.” 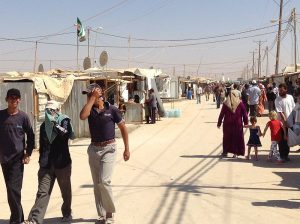 Haddadin says when believers are coming alongside the refugees, their favorite question is always: why? “We’re doing what Jesus asked us to do,” Haddadin says. “This is His love. It wasn’t made for some people, it was made for all people.”

But it’s challenging to provide support for such a huge issue when the workers are so few. Refugees make up a third of Jordan’s population, when “Christians today only make up about four percent of the whole population, which has gone down from 20 percent, so we are still a minority in Jordanian society,” Haddadin says. “We are a minority among others who are [the] majority, so sometimes it’s hard to reflect who you are.”

Despite the wisdom of Jordan’s leaders and the nation’s relative stability, there are still pressing issues. The economy has seen inflation and many Jordanians are immigrating to other countries to escape the neighboring chaos.

However, “God supports us even when we face challenges,” reminds Haddadin. The Jordanian Bible Society is hard at work introducing Jordan to the truth of the Gospel.

“Our mission is to impact society by reaching out with the love of God, and we want to support the Body of Christ and the Church in Jordan,” Haddadin says. That means promoting Bible engagement, participating in Bible advocacy, and working on humanitarian projects for refugees and less fortunate locals.

But most of all, “The core of our existence as an organization is the provision of the Scriptures to all people all around Jordan,” Haddadin says. 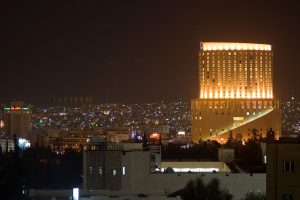 None of it can happen without prayer and support. “We would like you pray for the stability and safety of Jordan and its people,” Haddadin asks. “Pray for the Christian presence in Jordan and thank Him for our current religious freedom despite the circumstances.”

Haddadin asks that you pray for protection for Jordanian Bible Society staff members as they use the doors God is opening so the people they help can see the support comes from God, not from human beings.

Finally, “Pray for the people to be reached by the Word of God so they will find the truth and the truth will set them free.”