Middle East (MNN) — Through a miraculous series of events, Alim, formerly an assassin for Saddam Hussein is now a follower of Christ.

Perry LaHaie with Frontiers USA collects stories of how God is moving in the Muslim world. LaHaie says he heard Alim’s story “from my good friend Charles Morris, who is the host of Haven Today. Charles met Alim on one of his trips to the Middle East to gather stories for his book ‘Fleeing ISIS, Finding Jesus’.”

Alim was an assassin for Iraqi dictator Sadaam Hussein back in the 90’s. After Sadaam’s execution, Alim the assassin made a radical career change–he started building cell phone towers.

Just into his new career, Alim was kidnapped by terrorists. His company refused to pay the demanded ransom. Alim was a dead man. Then Jesus appeared to him. “Alim, you belong to me. I will deliver you.”

The next day, Alim’s captors got into a firefight with each other, and Jesus appeared again. “Alim, leave now.” Alim argued, “I’ll be killed in the crossfire!” Jesus persisted, “Leave now.” And Alim did.

When he got home, Alim’s wife was waiting at the front gate. “Why are you late?” she asked.

Alim was confused. “I was being held for ransom,” he said. “I should be dead!”

His wife was undeterred. “Jesus appeared to me,” she said. “He said you belong to him and that he was bringing you home. I expected you sooner!”

These stories of Muslims having dreams and visions of Jesus are not rare. LaHaie has been collecting stories like these for 10 years, and Alim’s story is just one of many he has run into over the years, even personally interviewing Muslim-background believers who came to Christ through a vision or dream. He says it makes sense for Jesus to reach out to Muslims this way when you consider Islamic culture. 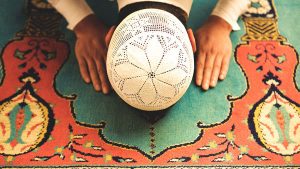 “Islam considers guys like Abraham and Jacob from our Old Testament to be true prophets, and these guys had dreams from God. Mohammed himself claims to have had visions from [Allah] in receiving the Koran. And so Muslims believe that God speaks through dreams and visions and they seek to hear from God through them. So Jesus is using this expectation to reveal Himself to them as the true light that gives light to everyone.”

There are around 724 million Muslims in the 10/40 Window, according to The Traveling Team. And 86 percent of Muslims have never met a Christian. Yet, only 3.3 percent of missionaries are sent to reach unreached people groups. With so many in the Muslim world who have not had the chance to hear the Gospel, it seems to be another reason why Jesus is moving in miraculous ways.

“Obviously, Jesus is saying to Muslims, ‘I love you. I want you in my family.’ But second, Muslims don’t have access to God’s Word and so few are really bringing God’s Word to Muslims. So these dreams and visions create a hunger for Muslims to find out more about Jesus. So they look for more and they get the New Testament and they read about Jesus and they fall in love with Jesus.”

It adds gravity to our responsibility in the Great Commission.

“Here is Jesus showing up and doing these mighty things among Muslims, revealing Himself, and it’s not so that we can just step back and [say], ‘Oh, we don’t have to fulfill the Great Commission. Jesus is doing it.’ I believe it’s an invitation from Jesus to get involved. You know, there’s so much fear and there’s prejudice towards Muslims. And Jesus is saying, ‘It’s their turn. I want to do something unprecedented in the Muslim world. I want to bring multiple millions into my family,’” says LaHaie. 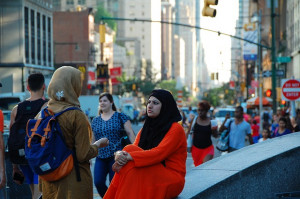 “But if we don’t act now, we may lose this opportunity. I believe Jesus is going to do it. He’s promised to do it. But if we don’t act, perhaps He’ll pass by our generation and have to do it with another generation. I want to be the generation that responds to this invitation from Jesus that I think He’s giving through dreams and visions, and engage in reaching the Muslim world.”

As you seek opportunities to reach out to your Muslim neighbors, please also pray and know that the Holy Spirit is moving in miraculous ways.

“Pray for the Muslim world. Pray for workers. You know, Jesus said in the Gospel, ‘Pray to the Lord of the harvest to raise up workers.’ I think it’s Luke 10:2. So set your alarm clock on your smartphone or whatever for 10:02. Every time it goes off, prayer for workers to go to the Muslim world.”