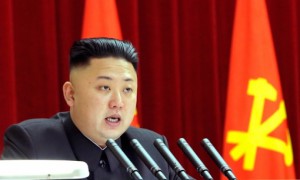 Days later, Japan remains on high alert and launched evacuation drills along its west coast. A missile defense system has been deployed to the west of Japan. Tokyo also slapped additional sanctions against Pyongyang following repeated missile launches and other unresolved issues.

The most recent test was one of the most provocative and came as U.S. and South Korean forces conduct annual military exercises on the peninsula, a move which North Korea views as preparatory for invasion. Meanwhile, Japan’s Prime Minister Shinzo Abe has requested an emergency meeting of the United Nations’ member states.

North Korea’s latest exploits over the Sea of Japan bring the threat of nuclear warfare closer to reality. Despite deterrents from the international community, Kim Jong Un has relentlessly pursued the development of an intercontinental missile capable of carrying a warhead. The latest tests revealed the upgrades in the country’s ballistic capabilities.

In the wake of the 2011 triple disaster, Asian Access built up a large presence in Japan. Many of their team members were on social media noting the rude awakening and asking for prayer. Robert Adair, his wife, and family serve with A2 Church Multiplication Teams in the Tohoku region of northern Japan. 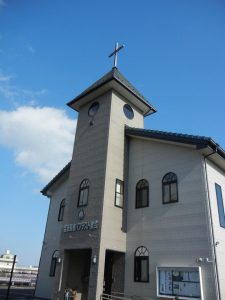 (Photo courtesy of A2)

Their ministry consists of coming along side an existing Japanese church and assisting them in reaching an area where a church does not currently exist. They’re engaged in language study, relational evangelism, teaching English, discipleship, coaching, and doing whatever else is necessary to help build the Church in Japan.

Robert says they were jolted out of sleep at 6 am (local time) by a phone call that was part of an early warning system that usually references earthquake or tsunami. “I rolled over and was kind of like, ‘Okay, how big is the earthquake this time?’ Then on the screen, it said, ‘Please evacuate. Take cover. A missile is coming from North Korea.’”

Those words took the issue from a casual awareness of the rantings from Pyongyang to the possibility of real warfare. They weren’t alone. Initial responses from friends and co-workers ranged from incredulity to fear to flashbacks on the March 11 disaster. Although life was fairly normal with work commutes, classes, and normal household tasks, anxiety was simmering in the background.

“There is a tension in Japan right now between whether Japan should re-militarize and if their military should take part in various things around the world or not”, he says, adding that the issue has divided the country. That mindset jars against this one: “People just kind of have this expectation that there will be peace, and because Japan is a peaceful country, it won’t be affected by other events of the world, I think is the sense we get.” 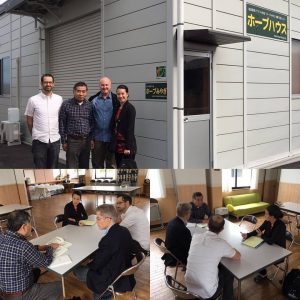 (Photo courtesy of A2, Joe Handley)

Adair was discussing this with a pastor on Tuesday, who observed, “Even though Japan is a peaceful, safe country, that doesn’t mean that they’re safe from what’s going on around them.” Yet, as the day progressed, he came back to the peace that passes understanding. “For us personally, it’s scary, of course. But our hope is in Christ. Our hope isn’t in whether we live in a peaceful and safe country or not. It’s just an opportunity — as people really feel alive, they feel alert, they’re very engaged — to have more honest discussions about ‘where do we put our hope?’”

In the end, Adair says it’s an uncertain time. Everyone feels the miasma of instability and potential war. As followers of Christ planting seeds of the Gospel in Japan, he shares a couple of the challenges ahead. “Be praying for folks, that they would experience the peace of Christ. The Church is small in Japan, well under one percent of the population, but the Church is here. Pray that the Church would be able to respond with the love of Christ and to speak hope into the situation.”