Hope and help for kids in Harvey’s wake 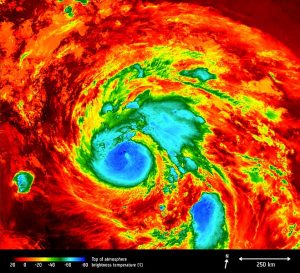 Pounding rains and rapidly rising floodwaters have inundated a metropolitan area of 6.6 million. The storm made landfall late Friday as a Category 4 hurricane and dropped record levels of rain on Houston, the nation’s fourth most-populous city.

Houston remains paralyzed, the business district traffic mostly emergency vehicles. Rescue workers are still plucking people from the floodwaters. A curfew has been imposed to deter looters. Tens of thousands have sought refuge in shelter areas, and Dallas is prepping a convention center to take on more of the storm evacuees.

The welfare of the surviving kids is fast becoming an issue. Keys For Kids’ Executive Director Greg Yoder explains, “They don’t know what’s going to happen. They’ve been removed from their homes; they’re seeing rain, torrential rains falling. They’ve probably left everything behind, maybe left with just a few clothes. Now they’re in shelters, and there’s just a question mark: ‘What’s next?’”

Emergency support aside, over 100 school districts in the hurricane’s footprint remain closed during what should be the start of the academic year, affecting hundreds of thousands of students. Even when the waters recede, getting back to ‘normal’ will take some time. Many of the schools will have flood damage, broken windows, mold, ruined gyms, and destroyed school supplies. Emotional trauma from the natural disaster could trouble students for months to come.

Yoder says, “Just do the math and you figure at least 2.3 million-ish kids are a part of this problem. We’ve been reaching out to a number of organizations to talk about ‘what are we doing to reach out to kids, because they’re scared?’”

The National Child Traumatic Stress Network provides some help for parents who are noticing stress in their children as a result of the disaster, the displacement and the disruption of routine. They also note ways parents can help their kids bounce back: 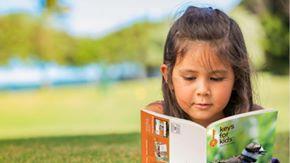 (Image courtesy of Keys For Kids)

Keys For Kids’ devotionals can be a great tool in this process. Yoder says during times of uncertainty, kids are looking for both reassurance and for spiritual truth.

“They want to be reminded that somebody’s there, that somebody cares for them — and what better person to introduce them to than Jesus, who can give them eternal salvation? That’s what we want to be there for.”

When asked if the devotionals would have specific content for the disaster, he said, “We don’t necessarily want to remind them about the tragedy, because they’re experiencing it. They know what that is. But if they can read a story that can point them to the truth of Christ, where they can say, ‘I have a friend, no matter what my circumstances,’ that’s something that can last for eternity and that’s something you can’t buy.”

The ‘how’ of getting them into the hands of the kids is another challenge. Keys For Kids started talking to a handful of agencies with networks in Texas. He says they’re working with International Aid, an agency that has already deployed disaster relief aid to the Texas Gulf Coast. So far, they have provided to their partner network: 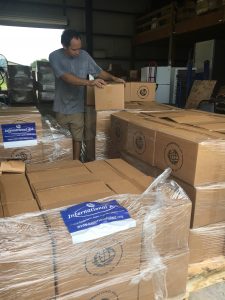 Keys For Kids is now part of their network and they’re sending 15,000 devotional stories in English and Spanish. They’re racing to raise the funds to print and send these resources. Yoder says they’ve set a goal of $30,000 that will cover another print run and also help with the International Aid distribution as well as future ones with other partners. Simply put, if you want to help, this is one way — you can give.

You can also pray. Pray for opportunities. “Don’t forget about this tragedy. Sometimes, when things like this happen, you have a shelf life in the news of about 10 days, and then people kind of forget about it. But, this kind of tragedy is going to last for decades.”