India (MNN) — In India, attacks against Christians by Hindu nationalists are on the rise, but that isn’t quenching their faith. 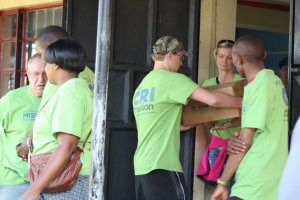 One man in the city of Bangalore continues to carry out God’s work even after facing intense persecution. He and his son were ripped out of his jeep and nearly beaten to death for sharing the Gospel. The man spent 28 days in the hospital and has been imprisoned three separate times.

He recently visited Mission Cry to shop for free Bibles and Christian books to continue his ministry and even start a Bible college.

Mission Cry’s Jason Woolford explains, “We decided that we’re going to make his dream come true, and we’re sending about a half a million dollars’ worth of free Bibles and Christian books that will indeed create his Bible library and the Bible college, get that accredited, and then give him enough materials to go back into the areas where he wants to give the Word of God out for free.”

Mission Cry is planning to ship a sea container with about 30,000 English-language Bibles and Christian books. Though many people in India don’t speak English, Woolford says there is still a great opportunity to make an impact.

“In that area of Bangalore and the people that are attending the Bible college — [with] English being the financial language of the world — there are more than enough people to reach that speak English than we have resources to even send,” Woolford says.

Mission Cry has the materials, but they need the funding to send them. Woolford asks that you consider giving financially so thousands of people can hear God’s Word and grow in their faith. 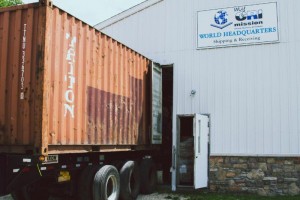 “It’s one thing to give their life to God and have their eternity set,” Woolford says. “It’s another thing to be equipped to fight the battle while we’re on this earth because it’s a very, very real one.

“Not only are we giving people the opportunity to get saved, but we’re equipping them, equipping those soldiers in God’s army with what they need to fight the battle while they’re here.”

Can you come alongside Mission Cry as it seeks to bless this man and his ministry? It costs CRI about $10,000 to ship a container. You can also donate your used Bibles and Christian books. Click here to learn how.

Finally, Woolford asks that you pray for this man and others facing increasing persecution in India.