Kenya (MNN) – It’s not unusual for the losing side in an election to cry “fraud.” Nor is it unusual for this accusation to fall on deaf ears. But the losing candidate of Kenya’s recent presidential election has challenged the results in court, and it just won him another shot at being president. 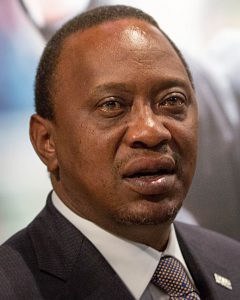 The initial results showed President Uhuru Kenyatta surpassing opposition leader of the National Super Alliance Coalition, Raila Odinga, by over one million votes. But suspicions of interference began when an official overseeing the process was found murdered just before the vote took place.

Kenya’s Supreme Court made the shocking announcement last week that the results from August 8 would be nullified. The judges cited irregularities in the electoral process. A revote is scheduled for just under two months from now.

With Trans World Radio Kenya, Bernice Gatere says that in some ways, the dramatic announcement is a big relief.

“It means that we go back to the polls in another 60 days, but only for the presidential election. The others have been upheld.”

She believes that the process may be less hectic this time around, simply because there is only one position to vote for and recount this time.

“However, of course, the news has been received with mixed feelings from both sides with the opposition rejoicing and the president’s party, very, very quiet and a bit of disbelief.” 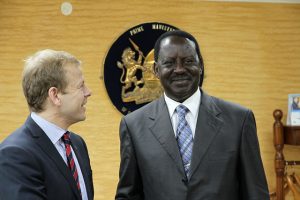 After the first vote, deadly protests erupted among Raila Odinga’s supporters. The division existed not only among the general populace but in the Church as well. Now, Gatere says, the roles have been reversed. Those who were once weeping are rejoicing, and those who celebrated a victory are weeping.

President Kenyatta does not agree with the ruling but says he will respect it. Gatere says he is already out on the campaign trail again, preparing for the revote.

And while upholding the vote might have incited continued riots, a new chance at voting has renewed some hope—on both sides.

“As the Body of Christ, we are happy, because we believe that the other party is feeling that their grievances have been heard, and the government has not influenced the judges. And the other party is saying that ‘we are ready’.”

Because of this, she says there are unlikely to be more protests this time round.

Gatere says the decision was “quite historic for [the] country”. She’s not the only one who feels that way. The Guardian suggests that it’s also historic for all of Africa and a step towards re-establishing trust in the democratic process on this continent.

With the revote, there are considerations of cost. But it may be that the money is well worth the results.

“I think that is a better cost to pay than the chaos that could probably have erupted if people felt that their victory had been stolen,” Gatere says.

While the revote does present a new shot at a clean election, there is always the chance that things will go awry—whether in the vote itself or in people’s reactions. Please pray for peace. This, Getere says, has been, “the rallying call of the Church throughout”.

She asks us to pray that the will of God for Kenya will stand and that Christians will approach the ballots not with a mind of winning or losing, but of taking part of God’s plan for the next leader.

No matter what happens politically, TWR will continue to do what they can to broadcast the message of the Gospel– the message of peace– across the nation. If you’d like to support that work, click here.