What does it really mean to ‘Make America Great Again’?

One Christian Radio > Mission Network News > What does it really mean to ‘Make America Great Again’?

Int’l (MNN) — Make America Great Again. It’s the mantra that’s become ingrained in the national consciousness over the last two years, both embraced and scorned by millions. But what does it really mean? 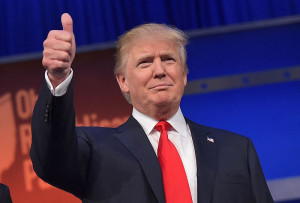 We spoke with George Durance of TeachBeyond, who explained how to Christians, the phrase should involve something much deeper than politics.

“These are very, very interesting times, and one could say turbulent times, even scary times, I think, in the United States,” Durance says. “The question about America being great again struck me on my travels around the world because people are asking this now. ‘What does this mean? Have you somehow changed, George? Has the organization you’re working with changed?’

“It’s strange. There’s an election, and then all of a sudden there’s this feeling that everybody in that country is somehow different. So we have to have an answer for this thing. ‘What’s going on in America, and what does it mean to make America great again?’”

The answer to that question, Durance says, is the seriousness with which believers took their faith. He says they possessed a raw passion for the Gospel and desire to share it.

“I think what made America great in the past, I would say the last 150 years, 200 years of mission across the world, was that we, by God’s grace, were able to send people to the far corners of the world who had a deep, sincere reality to their faith,” Durance says.

“These were men and women who loved God, who were willing to sacrifice even their lives because of this love for Him and His people around the world, and the Gospel that they proclaimed was active in their lives. There was integrity there. It wasn’t just something they said. It was something they lived out.”

A faith-driven lifestyle can take on many different forms. Durance says in his own ministry, they need to simplify their measurements of success. He says sometimes the best indicator of people’s faith isn’t something empirical, but rather what’s in their heart. 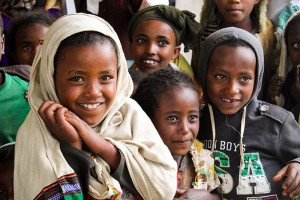 TeachBeyond has a variety of serving opportunities around the world. (Photo courtesy of TeachBeyond via Facebook).

“All of the tests and instruments and reports that we require and want to generate and so on to demonstrate to ourselves that we’re being fruitful and being used by God’s Spirit should maybe just be set aside, at least to some degree,” Durance says, “and we just ask our people two simple questions: Are you reading God’s Word every day, and are you praying for your ministry and the people God has entrusted to you every day?

“You know, we can have the greatest army in the world, and we do, and the best economy, and great jobs for our people. And we so much want that. I mean, we want justice and peace, we want creativity in the arts, and we want to foster that and nurture that and all these things, but it is nothing if it isn’t filled with God’s love for lost people and a life of holiness.”