India (MNN) — South Asia is no stranger to intense flooding during monsoon season. But catastrophic monsoon floods have killed at least 1,200 people in India, Bangladesh, and Nepal this year. That’s about 40 times more than Hurricane Harvey’s death toll of 33. 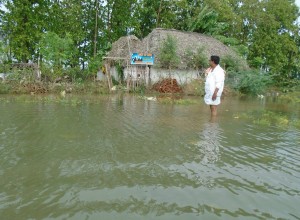 Specifically in India, Mumbai was battered with an intense monsoon storm on August 29th. The congested business capital of India experienced 15 percent of its annual rainfall in one day. Homes, businesses, hospitals, and roads were completely flooded, and the commuter railway was shut down which transports a population equivalent to the country of Denmark.

While the flooding and massive rainfall was concentrated in western and northwestern India last week, AccuWeather predicts these intense rain storms will move now to southern and northeastern India this week.

India’s focus on urbanization doesn’t help matters when monsoon rains strike. Indian cities are seeing unprecedented growth with thousands migrating to urban areas every day. And local governments have not kept flooding disaster plans up to pace with the rapid urbanization. Mumbai alone is home to 18.4 million people and is the eighth largest city in the world.

Erik Morsehead with Grand Rapids, Michigan-based Mission India says their ministry partners in-country are being the hands and feet of Christ at this time. “A lot of our partners are coming alongside the community and trying to step up and help out the areas that are being severely impacted by the amount of flooding that’s taking place. 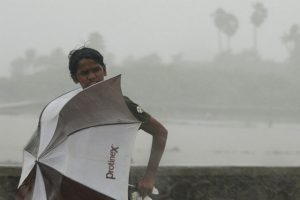 “I think it’s a two-prong approach. It’s definitely the urgency of just helping your neighbors, whether they’re Christians or not, and coming alongside. And with them coming alongside, it also presents the opportunity to showcase the love of Christ and the message of the Good News. You know, during a time when people are just losing their homes and family members, it’s an opportunity for our partners to…not only help them physically, but help them spiritually as well.”

Mission India recently received these four specific prayer points from their team in India. Please pray through this list with them today:

Please pray also that as believers go out into their communities to bring healing and aid, that those they help would see Christ in them.

Morsehead adds, “It’s a tough situation, but I think our ministry is responding well and we’re there to help wherever we can. So thank you for the prayers and support.”