Call of Hope: Ministering to Muslims through national workers

International (MNN) — Countless ministries all over the world are working in volatile areas with people groups that are indifferent or even hostile to the Gospel. That’s why it’s no small feat when Ron Chiricosta says Call Of Hope “astounded” him with their methods.

“Call Of Hope works with over 200 former Muslims, Muslim-background believers, and they are the ones who actually carry out the work of Call Of Hope in over 27 nations,” says Chiricosta, now Call Of Hope’s Executive Director.

Why is that important? Chiricosta says it’s because Call Of Hope only uses national workers in all 27 countries. They don’t send people; they work with indigenous people living in the areas they want to reach. 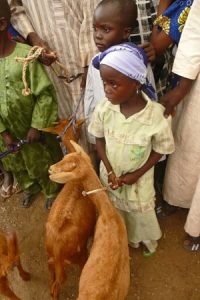 (Photo courtesy of Call Of Hope)

Call Of Hope focuses on reaching the Muslim population of the nations in which they’re operating. Workers use media resources like radio programs, websites, specialized literature, social media, and more to build relationships with Muslims looking for answers.

“That whole relational aspect is so crucial to what we do,” Chiricosta says. “After people respond, and they respond in various ways, through letters, texts, phone calls, we begin the process of meeting people where they are.”

As Call Of Hope workers build relationships with indigenous Muslims, they can connect them with a wide network of house churches. Though they’re “not in the business of planting churches where churches aren’t needed,” they’re still willing to establish new house churches if there are none in the area so no potential believer will have to leave their questions unanswered.

And Chiricosta predicts plenty of questions since the love that can be found in Christ is a foreign concept to many Muslims.

“Allah is not a god of love, and that is not an idea that they know a lot about,” Chiricosta says. “When we say ‘we would like to help you in one way or another,’ when we reach out to people, when we show them kindness and love, it speaks volumes. It bowls them over.”

One of Call Of Hope’s practical ways to show love comes through a goat giveaway in Ghana and Nigeria. Chiricosta says the project opens doors into deeper conversations with local Muslims who are startled by the open arms of believers willing to share the Gospel. 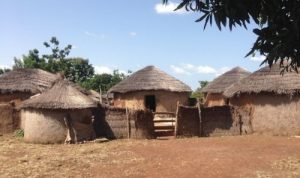 (Photo courtesy of Call of Hope)

Many of Call Of Hope’s 200 national workers are facing dangerous, volatile situations, and they need all the support they can get. Though Chiricosta says he will never turn away a gift, “Dare I say it, I’d rather someone pray without giving than give without praying”.

“As I think about the people that we have working in the different countries, the overwhelming thing that they say to me is ‘please have people pray for our work and for our people’,” Chiricosta says.

But that also means people coming into persecution. Pray for Christians working with Syrian refugees in Lebanon and Jordan, believers facing banishment in Northern Sudan, and refugees fleeing the atrocities of Boko Haram terrorists in Nigeria.

“Pray for boldness that they will continue sharing Christ,” Chiricosta asks.