International (MNN) — Throughout history, Christians and Christian missions have placed a high value on education. According to The Gospel Coalition, Dana L. Robert addresses the topic in “Christian Mission: How Christianity Became a World Religion”:

“The first modern colleges and universities founded in India, China, Japan, Korea, the Middle East, and Africa were the products of nineteenth-century educational missions. . . . By 1935, missions were operating 57,000 schools and over 100 colleges worldwide” (50).

One of the major reasons for valuing education and literacy is because when individuals could read, especially in their heart language, they could study the Bible for themselves. They could learn about their Heavenly Father. They could grow personally in the faith. 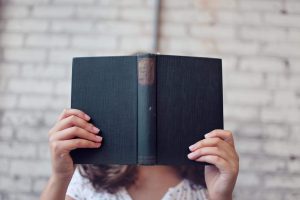 Although those stats are encouraging, much of the work yet to do for global literacy advancements reside in disadvantaged and impoverished communities. And today on International Literacy Day, several organizations and ministries are spotlighting this issue.

So what does International Literacy Day mean to their ministry? Erik Morsehead with Mission India says, “It’s a day that really kind of calls out — not just in India, but all over the globe — that literacy and education is not prevalent in every area in the world. As we strive to educate men and women in India, this day calls that out…that the need is still there.”

Earlier this month, Mission India received an encouraging story from one of their Literacy Classes that illustrates the impact.

“This woman’s name is Jaya. Her and her husband were both illiterate and, as a result, the people they worked for cheated them out of their wages and they weren’t able to defend themselves after noticing the problem, one, because they couldn’t read or write, and two, they didn’t fully understand what was going on.”

What was already a frustrating situation then went from bad to worse.

“Jaya actually underwent a minor back surgery. Unfortunately, she actually had some complications that caused more pain throughout her body and was making it difficult for her to do her job. So she not only was struggling with illiteracy but she physically couldn’t continue her job,” says Morsehead. 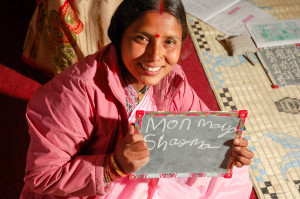 “At first, she started praying to her gods, but nothing was changing in her life. But then an adult literacy class was started in her community and that’s when she started to realize things were changing. She was taught how to read and write. And through the class, they had a health focus program which provided her with recommendations from doctors and after following those recommendations for five days, Jaya’s pain was healed.”

As Jaya continued in the Adult Literacy Class, she was inspired to pursue entrepreneurship. “She started making candles and laundry detergent and so she left her job as a laborer and now is making her own products and selling them for a profit.”

Morsehead says Jaya’s story just goes to show that “not only is Literacy Day important where you’re getting to read and write, but it’s the results you get to experience once you learn how to read and write. You can start your own business, you can go to doctors and understand what they’re saying to do or not to do. Literacy just transforms everyone’s lives.”

And the transformational impact doesn’t stop there. Mission India’s Literacy Classes are unique in that they are biblically-based and the Christian teachers have the opportunity to share their faith.

In Jaya’s case, “she actually received Him as her Savior during the class. So now she is actively participating in her local church and she just had a holistic change of spiritual, financial, and socio-economical change. And that’s the beauty of these Adult Literacy Classes is that it’s not just one thing being changed in your life. Everything is being changed.” 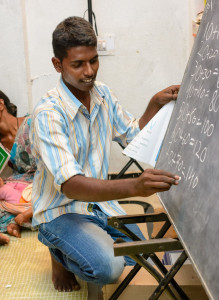 There are a few ways you can personally get involved in recognizing International Literacy Day. First of all, Morsehead says you can commit to praying for their Adult Literacy Classes.

Then, you can also give and make it possible for more adults in India to join Mission India’s Literacy Classes.

Click here to support an Adult Literacy Class student with Mission India! The option to give is at the bottom of the page.