United States (MNN) – Suicide is a growing problem all over the globe. The World Health Organization estimates that about 800,000 people take their lives annually. Many times, suicide numbers spike when tragedy overtakes a region. In India, for instance, failed crops may cause farmers to lose hope. But a steady growth rate in places like the United States suggests that the problem is tied not to an event or situation, but to a trend of despair.

This Sunday is World Suicide Prevention Day. We spoke with Dean Vander Mey of Set Free Ministries to discuss the difficulties we face in the United States in particular. 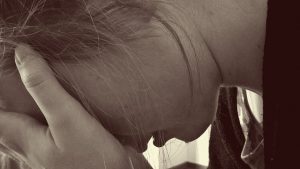 According to the American Foundation for Suicide Prevention, suicide is the 10th leading cause of death in the United States. Each year, it takes the lives of 44,193 people. Attempted suicides are harder to track, and so is self-harm, but it’s reasonable to assume those cases are on the rise as well.

Vander Mey says that every once in a while, they’ll get a call to their office from someone in desperate need. These are called “crisis calls”. They are middle-of-the-night, I-don’t-know-who-else-to-talk-to, I’m-scared-of-what-I’ll-do-next type calls.

Vander Mey says, “They don’t know where to turn anymore and they have hit a place of hopelessness. They’ve been believing lies for years, and they hit a place of ‘life is not worth living anymore.’”

“The truth of God’s Word is amazingly powerful. It says, ‘you shall know the truth and the truth will set you free.’ We also know that there’s a spiritual dimension to this. Ephesians 6 says our battle is not against flesh and blood but against principalities, powers, rulers, and authorities.”

In almost every case, the counselee is experiencing an onslaught of negative thoughts about themselves. These accusatory thoughts, Vander Mey says, are from the enemy. 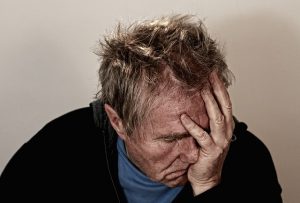 “And so we have the enemy that can maybe give us thoughts or insinuations that ‘you’re no good, you’re never going to be loved, it’s never going to change, you might as well just kill yourself because everyone would be better off.’ These are normal things that people think, often. And [the thoughts] get garaged when they get exhausted.”

Exhaustion happens when someone has been worked up about these thoughts for a while, or if they’ve been losing a lot of sleep. It can also happen when they try to find solace in drugs or alcohol.

When a person can no longer think clearly, and they’ve failed to take these negative thoughts captive, they find themselves in a dangerous place. And it’s in this dangerous place that Satan wants us to be. While he cannot himself destroy us, we can destroy ourselves.

“He tries to get someone to do what he’s not allowed to do. He tries to get them to engage their free will to do it. And I think that goes on in the spiritual dimension with the assault on the mind and the emotion.”

Unfortunately, as our nation grows more secular, fewer people realize there is a very real, spiritual enemy. The mental health field typically only considers the physiological side of what is happening with someone struggling with suicidal thoughts.

“When you no longer have a biblical worldview, you can’t see things the way they are from that dimension. You’re not even thinking that way.”

That means that treating mental health purely from the medical standpoint cannot be comprehensive. Vander Mey believes that the pleasure-seeking, self-serving bent of our culture is what’s behind the growing number of depressed people in the United States.

Everywhere you look there are messages telling you to put yourself first, and others last. Do whatever feels good—whatever you want to do. And as more people grasp this lifestyle, instances of sexual immorality, abortions, and drug and alcohol abuse will rise.

These things, Vander Mey says, are contrary to how God has called us to live. The Bible tells us time and time again that living a life of rebellion leads to death. The busyness of our culture isn’t helping anything, either. In fact, it’s causing people to feel less connected, even to their own family members.

But while our culture can shift, the truth of the Gospel cannot. Vander Mey says it is the job of the Church to be sharing this truth, in love, with people who are struggling. Set Free and many others have seen mental health improve as people engage with the Gospel and meditate on its truth.

A story of intervention

Just recently, Vander Mey received a crisis call from a lady who had tried to take her life at three in the morning.

She set up her car, but when she went to turn it on, it wouldn’t start. Four times she tried, and her vehicle, which had never misfired before, refused to turn on.

Ten hours after this, she was in a Freedom appointment, talking to Vander Mey. “The first question I asked is, ‘why are you alive?’” he says.

She was taken aback until Vander Mey pointed out how unlikely it was for her car not to have started.

The woman began to share her story. At a young age, she had given her life to Jesus. But over the last four decades, she had lived her life walking away from Him.

“I [said], ok, forty years in the pig pen. Have you had enough? You can come home now.’ And she wept, and she wept with joy.”

This was the first time she had heard the prodigal story and learned that even with her past, God would forgive her and welcome her with open arms.

“That truth just blew her away and she left here smiling and excited and couldn’t wait for her next season of life. She‘s excited about life. But it was only the truth in love that set her free, but using God’s Word which destroys the power of darkness.”

The enemy wanted to hold this woman captive and torture her with lies and negative thoughts. But it was on Jesus’ agenda to set her free through His Word.

“We have to take the Scriptures very seriously to know what’s going on with us spiritually,” Vander Mey says.

Reach out for help

Are you someone who feels like a captive of your depression? If you’re struggling, Vander Mey says you need to know this: “You have a loving Father who created you in your mother’s womb. You are fearfully [and] you are wonderfully made. And the Lord knows you by name.”

Set Free says on their website, “Suicide touches every type of person in every walk of life. Thoughts of suicide are often present in our deepest darkest times. Dealing with the pain that leads to those times is key to overcoming a problem with suicide. There is hope. Set Free can show you the hope when you are broken hearted.”