International (MNN) — It’s been over 2,000 years since Jesus gave the Great Commission, yet millions of people still lack access to the Gospel. That’s why the International Day for the Unreached (IDU) is so important. 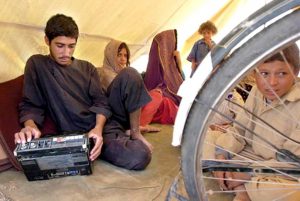 (Photo courtesy of Alliance for the Unreached)

“We take very seriously the call of Jesus, whose last words to us were…to take the Good News here, there, and everywhere: Jerusalem, Judea, the outermost parts of the earth,” says Reach Beyond’s Wayne Pederson, who represents the International Alliance for the Unreached.

“The International Day for the Unreached is alerting the North American Church to Jesus’ call to make disciples of all people groups.”

In the early 1600’s, Christian sojourners sought religious freedom on the shores of present-day Massachusetts. Throughout the following centuries, the United States of America came to be known as a “Christian nation”. 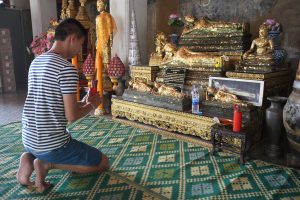 (Photo courtesy of Alliance for the Unreached)

Today, the religious landscape is a little different.

“Whereas we see an increase in secularization in this country, we see a movement of Christianity around the world that is amazing,” Pederson comments.

“100 years ago, 90-percent of Christians lived in North America and Europe. Today those numbers are almost reversed; yet, there are five- or six-thousand people groups that have no access to the Gospel.”

According to Joshua Project, over 40% of today’s global population is “unreached.” That equates to over 2 billion people, and nearly 7,000 people groups.

“The focus of the unreached people group is cultures, countries that are less than two-percent evangelical; and, where there are Christians but they need help to evangelize their country,” explains Pederson.

Gospel needs are immense among the unreached, but they are even bigger among the “unengaged” (UUPGs). 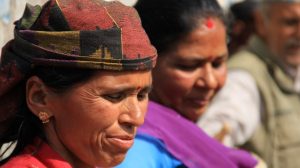 (Photo of courtesy Alliance for the Unreached)

No believers are even trying to reach these people groups. They are the forgotten, a mission field hiding in plain sight.

UUPGs have “no active church, no Bible in their language, no radio [ministry] reaching them, and they are totally outside of the reach of traditional methods of Christianity,” Pederson says.

Hope remains, but so does a question: now that you know, what will you do about it?

Take action at Day for the Unreached.org 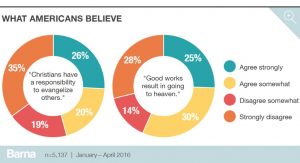 The Merriam-Webster dictionary defines a Christian as “one who professes belief in the teachings of Jesus Christ.”

Nearly 75% of respondents in this 2016 Barna study called themselves Christians. Yet, only 26% felt that evangelism was a personal responsibility.

The information and tools you need to help reach the unreached are at your fingertips. Take action here.

“These are exciting days and, I don’t know about you, but I want to be involved in this and see an answer to the prayer ‘Thy Kingdom come, Thy will be done on earth as it is in heaven’.”