Kenya (MNN) — Kenya elections took place on August 8, but a series of unprecedented changes have set the nation on edge. In a precautionary move, DOOR International is putting its September Scripture Celebration on hold.

“This was a really important celebration for us, but we felt like – given the level of tension that was on the ground – it would be best to delay the celebration until some of those tensions were resolved,” says DOOR President and CEO, Rob Myers.

Significant efforts are underway to prevent the chaos that gripped Kenya in 2007-2008. At the end of 2007, political unrest tied to presidential elections quickly spiraled into tribal conflict. Two months of violence left over 1,000 people dead and up to 500,000 internally displaced.

Uhuru Kenyatta, the current president, was re-elected for another term in the August 8 Kenya elections. His challenger, Raila Odinga, immediately called ‘foul’ and deadly protests ensued. On August 17, Odinga announced that he would challenge the election results in court. 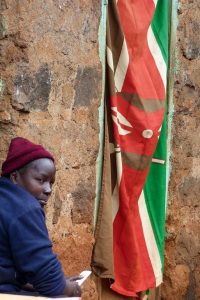 After two weeks of deliberation, the Supreme Court declared its findings and triggered several days of high-level changes:

“There’s a push to revamp the system and make some substantial changes,” notes Myers.

“There’s obviously a lot of tension related to that, and that tension is palpable; people can feel it. They really desire to see this resolved well but they are not sure what the future holds.”

A celebration on hold

Originally slotted for September 16, DOOR’s Scripture Celebration was to be held at the ministry’s translation and training center in Nairobi. Myers says they planned to honor the accomplishments of Deaf translators at the event, and dedicate four new sign language Scripture portions to the Lord. 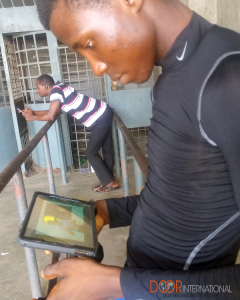 Furthermore, Deaf communities from South Sudan and Mozambique were to receive their very first sign language Scriptures at the event.

“We don’t want Deaf people to have to wait to have access to the Scripture,” says Myers. “So, through a great partner organization of ours, Deaf Bible Society, the Scriptures that were translated by these DOOR translation teams are uploaded into an app and freely distributed through other means.

“[These] different avenues allow Deaf people to have first-time access to Scripture that they would never have had before.”