Middle East (MNN) – In countries where shame is used as a tool to change people’s behavior, the love of Christ can have a powerful effect. That’s what Dr. Mike Ansari says is the mission behind Mohabat TV, a Christian satellite television ministry to Farsi-speaking people. 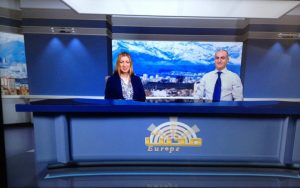 “Mohabat is a Farsi name. It means Agape love,” Dr. Ansari says. “Our audience is the Muslims of Iran. These are the Farsi speakers of Iran, Afghanistan, and Tajikistan. When people talk about love, it really resonates through that culture. It’s a culture of honor, it’s a culture of shame. It’s a culture [where] love really speaks volumes, so we figured what better [name for our ministry than] the love of the Father for His children.”

Dr. Ansari says Mohabat TV strives to present the Gospel in a “non-threatening, non-political” way. They partner with about 80 ministries who supply the programming, while other organizations help distribute Bibles and help believers connect with each other. They also have a vast call center through which they provide discipleship training for listeners who call in.

“We provide a platform where we bring everybody to a place where they get to hear the Gospel,” Dr. Ansari says. “Then, if they’re curious, we have a call center where people will call-in and we will explain more to them about who Jesus is. Sometimes it takes about six months from the time somebody calls until the time that they make a decision for Christ.

“We do have classes for discipleship and leadership training that takes about a year-and-a-half to two years. Our goal is to help seekers understand their new faith in Jesus and then equip them so they could start launch and multiply a house church.”

In 1979, Iran experienced a revolution that replaced a pro-Western monarchy with an Islamic authoritarian theocracy. But since then, Dr. Ansari says Iranians have become less enthusiastic about their religion and are looking for truth elsewhere.

“Since then, they have been slowly but surely losing hope, and become disillusioned,” Ansari says. “The rate of unemployment under the Islamic Republic has skyrocketed, the rate of depression, youth suicide, prostitution, drug addiction, divorce is on the rise. The social crises that we are very much familiar with in the Western culture are magnified to a new degree of crisis in the country of Iran.

“People, especially the youths of Iran, are absolutely fed up. They’re looking elsewhere for the bigger answers in life. They’re turning to different beliefs, different religions. Buddhism, Jehovah’s Witnesses, Mormonism are quite popular in Iran.”

Dr. Ansari says Mohabat TV has a perfect opportunity to reach these truth-seekers. He says often God is already working in their hearts before they reach them.

“When they stumble upon the message of the Gospel, they’re organically attracted to it,” Dr. Ansari says. “We barely have to do anything else. It’s just really amazing. I cannot describe to you the season we are in with these Iranian Muslims. 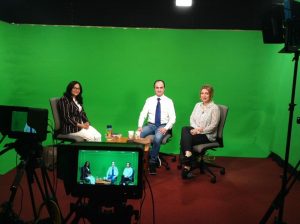 Open Doors lists Iran at number seven on its World Watch List for countries where Christians face the most persecution. Even so, the Church is growing faster than ever before.

“We hear a lot of negative in news about Iran, but we wanted to go ahead and focus on the positive,” Dr. Ansari says, “God is alive in Iran. The Spirit of God is moving in Iran. The Church is growing in Iran. In 2016 World Mission announced that the underground church in Iran is among one of the fastest growing churches in the entire world. We need to celebrate God’s amazing work.”

Can you help Mohabat TV continue spreading Christ’s love to the Middle East? Pray that God would continue to bless their ministry and that people would give their lives to Christ. You can more ways to pray, as well as stay current on Mohabat TV’s work, by clicking here.