Honduras (MNN) – Honduras is said to have one of the highest murder rates in the world. In some cities, the violence is so bad, it’s only slightly safer than a war zone. Take San Pedro Sula, for example. According to Reuters, about 200 people fled from the city in a month’s time earlier this year. The violence stems from gang activity, intertwined with drugs and organized crime. Sadly, children are often drawn into the violence, one way or another.

Sharing the Gospel as an organization 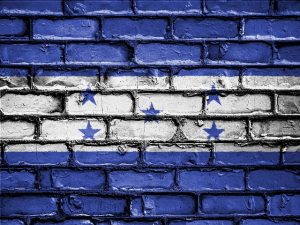 World Missionary Press provides Gospel literature in hundreds of languages for organizations and individuals around the world. One of their major distributors in Honduras is addressing these societal issues with two very important tools—education and the Gospel. A branch of their ministry called Children’s Gift Ministry is reaching out to children specifically.

Helen Williams of World Missionary Press says last December, they received a call from this distributor with a testimony of how the last shipment of booklets was helping their network of pastors.

“He said, ‘Because of what you sent us, we were able to evangelize more than 25,000 children and young people in this particular area.’”

One pastor, for example, hands out the booklets with colored teddy bears called “faith bears.” These bears are color-coordinated to tell the salvation story. The booklets and the bears work together to help children understand the Gospel.

But as is often the case, the praise report came with a request. The group was nearly out of Scripture booklets, and the school year was about to start! 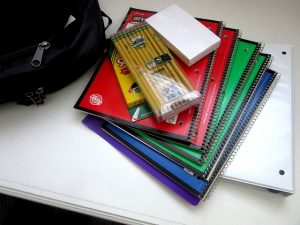 Part of Children’s Gift Ministry is the annual “Back to Classes with Jesus” program. It provides children, aged six to 12, with a backpack full of supplies. These backpacks can be the difference between going to school, or not.

Church leaders hold local, community-wide evangelism events. As they distribute the backpacks, pastors take the children through the Scripture booklets from World Missionary Press. Each child receives their own booklet. Many children have given their lives to Jesus during these events. And as the program grows, so does the potential to see lasting change in Honduras.

“You know, you reach these children, you have a chance to change a culture and change a community, and change a nation. And that’s what the Spirit can do through His Word,” Williams says.

So before the current school year began, World Missionary Press sent a large shipment of booklets, including some in the Miskito language. When classes started up, the back to school program had reached 30,000 children in 200 locations across Honduras. That means 30,000 children got to encounter the Word of God.

In addition to the backpack project, these booklets are an important part of pastoral outreach, church planting, and discipleship. And so, the requests for more Scripture booklets keep coming.

“For many of those people and their churches and believers down there, this will be the closest thing they get to a Bible. And so, we just want to encourage people that the Lord is blessing and the Lord is using this and we are trying to keep up. This is one major distributor out of about 85 that we have that keep saying, ‘hey, that was wonderful, can I have some more?’”

Later this year, World Missionary Press will be sending another shipment with about 500,000 pieces of literature going out. Williams says the shipment, made up of both Spanish and Miskito booklets, will be one of their largest to Honduras.

Sharing faith as an individual

But it’s not just organizations that have effectively used Scripture booklets for ministry. Williams shares one story that shows the power of the individual who is willing to share God’s Word.

She received a letter from a lady earlier this month who lives in a low-income housing project in Colorado.

“She says, ‘I gave some of your booklets to the cleaning lady in the morning. And then in the afternoon, God led me to verbally witness to her. She then received Jesus as her personal Lord and Savior. She was ready and willing and I am very happy about this.’”

This lady wasn’t just sending a praise report, she was requesting more material. Why? To keep on witnessing. The woman explained that people come and go all the time. Most of them accept the booklets, and she has been blessed every time she’s handed one out. 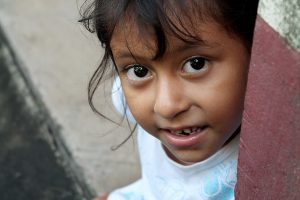 Williams says, “I think of this wonderful lady who just gave a Scripture booklet to the cleaning gal that came to her apartment, and later in the day followed the Spirit’s prompting to talk to this lady directly, and a child of God was born, a soul came to Christ.”

For Williams this story means that, “there is no one that the Spirit cannot use if we’re willing to be used and He will bring us the opportunities if we are sensitive to His leading.”

And that applies across cultures and language barriers, too. In fact, World Missionary Press is equipping ordinary, monolingual people to witness to their neighbors who come from other countries and have a different first language.

“Everywhere you’re going to run into someone who speaks Arabic, or French, or Spanish, or Portuguese, or Swahili, or Gujarati, or Hindi. And we can provide them material—just one or two booklets that they can share with an in-law or a neighbor or a tradesmen or a friend, someone that they want to share the truth of the Scripture but not quite sure how to get it across.”

If you’d like to help World Missionary Press continue printing booklets and expanding the language projects they have, click here.