Suicide prevention month and a resource for veterans

United States (MNN) – September is National Suicide Prevention Month in the United States. Part of prevention is letting people know what resources are out there and that it’s ok to ask for help.

There is a shockingly high rate of suicide among veterans. Based on 2014 data, the VA estimates that about 20 veterans commit suicide every day.

Set Free Ministries has a branch of counseling specifically for veterans called Warriors Set Free. They recognize that for many veterans, discussing their experiences is most comfortably done with other veterans.

Last year, we spoke to Kevin Kruk who went through a Warriors Set Free appointment several years ago. Since that appointment, he has been volunteering in the program. We caught up with him to see how he is doing.

He says he’s been volunteering more and more at Set Free in order to help other veterans in need and is expanding his training each day. By leading these appointments, he continues to grow his understanding of his own battle with suicide.

Kruk’s problems began when a fellow soldier died in the dining hall where he was stationed in Afghanistan. For a long time, Kruk felt responsible. The man was killed by a rocket attack in the place Kruk would have been sitting– if he hadn’t decided to eat in his room that day.

Survivor’s guilt is common among soldiers. For Kruk, it manifested in trouble sleeping.

He says, “I started having nightmares probably about a month later. And the nightmares were so bad that I didn’t want to go to sleep. I would get about an hour’s worth of sleep and wake up terrified that I was going to have another nightmare.”

When he did have a nightmare, he’d wake up in a cold sweat, unable to fall back asleep. Finally, he was able to convince the Navy to release him due to his mental struggles.

But even after this, his symptoms persisted. He wasn’t getting sleep, and he was beginning to lash out at people. He was in a constant state of anger and hypervigilance, totally unable to relax. It was beginning to take its toll.

“In September of 2010, I put a gun to my head because I just wanted the pain to end…

“I started pulling the trigger, and for some reason, I stopped. And when I went back later to figure out how far I pulled, I was less than a quarter of an inch—probably about an eighth inch from releasing the hammer on the pistol.”

Overcome with emotion, Kruk broke down in tears, finally admitting to himself that he needed to get help. In his search, he came across a book by Neil Anderson sitting on his bookshelf. He had received it years back when he went to a Freedom appointment at Set Free. Reading the book again, Kruk says he knew what he needed to do.

At this time, the Warriors Set Free program was brand new. Kruk Met with Set Free’s Steve Prince who walked him through the timeline of events. He helped Kruk see that the soldier’s death wasn’t his fault. There was nothing he could have done. 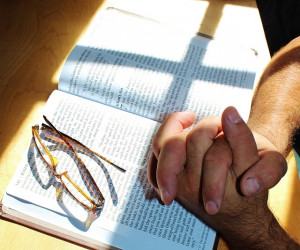 “The anger is gone. I’m usually in a pretty good mood. One day I was wondering why I was in such a good mood, and I [was] like, ‘Oh! I need to make up for all those angry days.’”

Kruk has discovered that it helps to be able to relate to others with similar stories on such a deep level.

Behind the suicidal urge

As Kruk looks back, he realizes that even though he told people he was a Christian, he wasn’t living his life like one. In fact, he says at this point in his life he probably didn’t really believe it himself.

So in his hour of desperate need, he was completely vulnerable to the lies of the enemy. He says he wanted to end his struggle and thought ending his life would help. He believed other people would be better off without him. But really, it came down to total exhaustion.

“My biggest thought was ending the pain and the lack of sleep and the tiredness. My body was beat and I was exhausted.”

Thankfully, God intervened and today Kruk knows how to deal with these thoughts. So much of it was understanding it was ok to ask for help and that there is someone who can help.

A word to veterans and others struggling with mental trials

As Kruk looks back on his experiences and where he is now, there are a couple of things he wants his fellow veterans, and anyone else struggling with depression, suicide, or other mental struggles.

“Get help. There are people that care. I think the biggest lie is ‘people will be better off without me.’ That is a huge lie because you don’t know how many people it really will effect. People that you barely know will be affected by this. You’ll cause more pain than by just asking for help.”

And, he continues, “As veterans, we owe it to the guys that didn’t make it home to live the best life we can. And killing yourself isn’t the way to do it. We need to live and help each other out and just keep going.”

Right now, Kruk is working some other things out in his life as he walks with Jesus. He says, thanks to the Spirit’s prompting and help, he’s been able to quit drinking pop, cut down on his language, and is now working on quitting smoking. Will you pray for him as he embarks on these new battles?

While it is difficult, with the help of the Holy Spirit, he says, “I’m winning.”