International (MNN) – Before the second earthquake shook Mexico this month, both the states of Florida and Texas in the United States and the South Asian countries of Bangladesh, Nepal, and India had been experiencing their own disasters– extreme flooding. 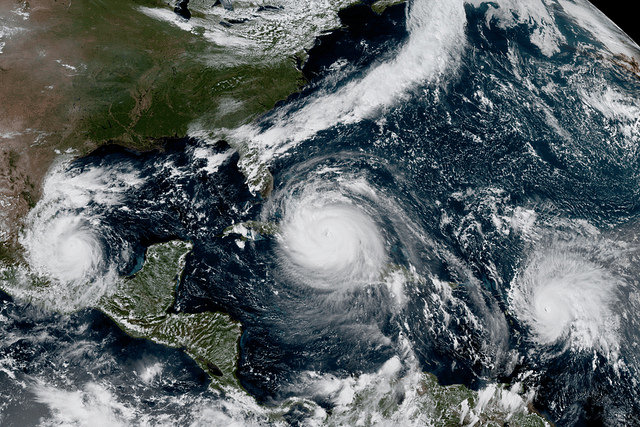 GOES-16 captured this geocolor image of three hurricanes in the tropical Atlantic on the afternoon of September 8, 2017. Left to right, they are: Hurricane Katia, which made landfall in Mexico that night. Hurricane Irma, which was passing between Cuba and the Bahamas; and Hurricane José, which was churning in the open ocean. (Caption, photo courtesy of NOAA Satellites via Flickr: https://goo.gl/kxyXA4)

The flooding, caused by hurricanes and monsoons, has left thousands of people devastated, homeless, and in great need. However, little has been said about the destruction the monsoons have brought in South Asia. Instead, this news has been clouded by other devastating events.

Global Advance wants to address the needs in South Asia and the United States, through its ministry, Alpha Relief.

“[Alpha Relief was] birthed to minister in very concrete ways to persecuted believers around the world. And so, Alpha Relief does that,” Global Advance’s David Shibley explains.

However, a lot of Christian ministries are strained as they try to help the increasing need. And, Alpha Relief is no exception. Alpha Relief has already been providing aid to those who have stayed behind in Syria.

“We go in providing very practical things like heating oil, blankets, medications, and just ministering encouragement to Christians there in Syria.”

Opportunities for the Gospel

Still, this incredible time of need offers numerous opportunities for Christians to get involved and help their neighbor. While these disasters are anything but good, they do post an opportunity for an open door through which to share the Gospel.

“We need to stay Gospel-centered and put the Gospel front and center because many hearts are open right now,” Shibley shares.

“There are many who turn in disillusionment and bitterness, that’s true. But, there are others who are asking the big questions of life and we need to be there with the hope that we have in Jesus Christ.”

With the increased need, Alpha Relief is in the assessment phase to know how best to use their resources and who the ministry can reach. Regardless of where the help goes, though, it’s going to be a long-term project for recovery in the United States, South Asia, Syria, and Mexico. 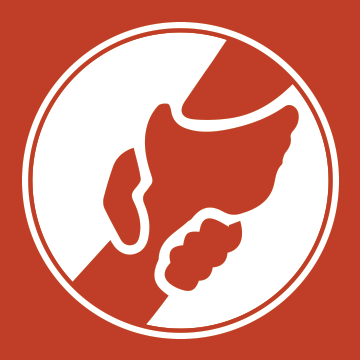 So, how is Alpha Relief determining how and who to help?

“We just look at the human need, realizing that we cannot respond to everything, but we can respond to that which the Holy Spirit prompts us to do,” Shibley explains.

As missionary once told Shibley; the amount of need there is could put a single person in a thousand places today. However, there’s only one place you’re supposed to be–the place the God wants you to serve and help in.

Pray for Alpha Relief to decipher where the Holy Spirit is leading the ministry to help. Ask God what he wants you to do and where he wants you to be. Pray for people’s hearts to be sensitive to the need both in the United States and abroad. Finally, pray for the right people to step forward to address this enormous need.

“That mix altogether of the compassionate deeds, the supernatural touch of God’s grace, and the proclamation of the Gospel is going to have tremendous multiplied effect in these days,” Shibley shares.