International (MNN) — The Great Commission instructs believers to take His Word into the entire world, not just parts of it. Still, to spread the Gospel on a global scale, it will take plenty of moving parts, and World Missionary Press (WMP) is one of those cogs. 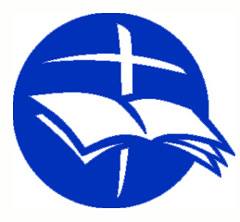 WMP does their work based on requests from pastors, local believers, and nationals who are looking for materials to help them bring the Gospel into the lives of their neighbors. They use on-the-ground translators and existing Bible translations in the target language, then print the booklets in the states and send them to the partners in country. It doesn’t cost the believers in the field a cent.

However, with so many incoming requests, sometimes a project gets set aside for years at a time. But Williams says “Even when we stop working, God never does,” and many of these projects are suddenly and unexpectedly being revived. Even after years of gathering dust, translations and projects are being dusted off just in time to take advantage of expanding networks and God’s impossible timing for maximum impact for the Gospel.

Take a partner in Nigeria who emailed Williams about a translation that he had helped with several years earlier. He encouraged WMP to pick up and finish the project, and the ministry set about finding a way to get him the booklets.

As it turned out, WMP partners were just about to send a shipment of supplies into northern Nigeria, and they already had contacts interested in Christian materials. Had 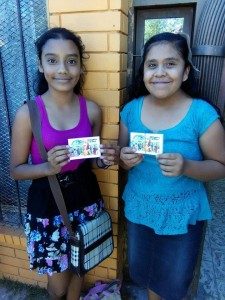 WMP reached out any later they would have had to wait for two years to get their content into the country. There is more interest, a bigger network, and better timing than ever for this translation.

“We are sending an initial printing of 30,000 copies of our booklet ‘Help from Above’ in this major language of the northern part of the country,” Williams says. “It’s all because in God’s sovereignty He put on the heart of this man who had done the translation a desire to contact us five years later and say ‘Is this still a possibility?’”

“I just love this idea of being able to give something to somebody in their own language because it’s a matter of respect for them and it’s a matter of sharing the same need, the same human need for redemption between me and anyone else in the world,” Williams says.

Want to know where you come in? Williams says WMP always needs your prayer, especially for fruit from the work and accuracy both in translation and in Biblical truth. You can also consider supporting WMP directly, and you can even request a translation. As Williams says, “He’s not just a Western or English God. He is the God of all, and He speaks their language, and His Word is always the same.”