United States (MNN) — How do you define a ‘movement’? A dictionary definition would sound like this: “a group of people with a common ideology, especially a political or religious one”. Or, it could be defined as “the organized action of a group”. 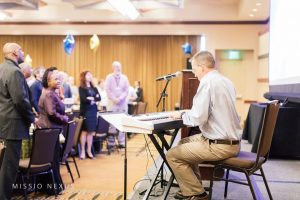 But what exactly does that look like among Great Commission thinkers and the global church? It looks like what happened at Missio Nexus’ annual leadership conference late last week.

The premise: the Great Commission is too big for anyone to accomplish alone and too important not to try to do together. Hundreds of ministry leaders and pastors from the USA and Canada gathered in Dallas to get face-to-face, collaborate, and partner together. 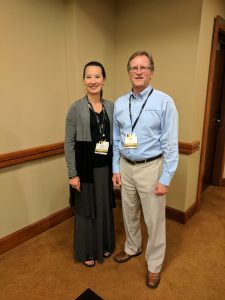 This year marks the 100th year the association has sought to celebrate the strength of its diversity in Gospel work.

Senior Vice President of Missio Nexus, Marv Newell explains, ”We try to convene as many mission agencies, leaders and even churches that have a mission emphasis once a year at a conference to focus on a topic that helps drive the mission movement forward from North America.”

This year, the theme is ‘Foundations’, because they’re re-examining both the intent behind forming the association, as well as the root of the Christian mission:

The message doesn’t change, but over the last century, the methodologies have changed according to the context in which ‘missions’ happen. Newell says, “There’s so many other aspects of missions that help drive us to do the evangelization, such as teaching English as a Second Language, as an entry into some closed areas; Business as Missions, as an avenue of now making sure we have a witness in ‘closed’ areas and other creative means.” 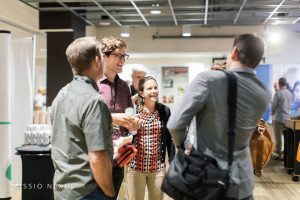 The conference provides resources and other tools that help mission groups and churches re-set their focus. In the scramble to perfect programs and agendas, he says sometimes folks can “get lost in the weeds” and let the secondary programs dominate their purpose.

“A lot of people don’t realize that of the 7.4 billion people in the world today, there’s still at least 2.5 billion– about a third of the population– that we consider to be ‘unreached’. (In other words, they do not have a presentation of the Gospel to believe in.) We need to continue to make sure that we focus on those remaining unreached people groups that sometimes get put off to the side because of the good works that we’re doing in areas that are already reached.”

Those who participated in Missio Nexus’ Leadership Conference this year represented over 20-thousand global workers, 300 organizations and hundreds of churches, and counting. Call it ‘upward movement’.