The physical and spiritual dangers of an expanding refugee crisis

Middle East (MNN) — The refugee crisis has been exacerbated in recent weeks. Over 400,000 Rohingya have fled persecution in Burma and added weight to the already staggering refugee numbers. Elsewhere on the displaced persons front, a new report released earlier this month by the UNHCR revealed more than 3.5 million refugee children weren’t able to attend school in the last academic year. 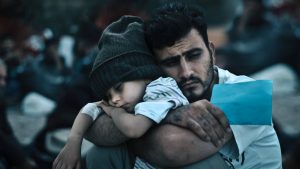 Even as the refugee crisis expands and changes with recent developments, the Jesus Film Project persists in their heart for refugees and making sure that displaced individuals know they have a Heavenly Father who has not forgotten them.

Recently, a team with Jesus Film Project was invited by their local staff in a Middle Eastern country to work with refugees and train the local Christian leaders on evangelism strategies.

Jane* with Jesus Film Project explains, “We believe the way to get into these closed countries is through media. Pretty much you go overseas [and] even if you’re in the remote locations, people have cell phones.”

First, there is the JESUS Film itself. “We have translated it into over 1,500 languages and we truly believe that film is a way to really break down the barrier of language and also to really key into emotions. I think a lot of times when you’re sharing or speaking to someone, you have your personal experience, but they haven’t experienced Jesus yet. So the film is really a way to experience Jesus in your heart language.” 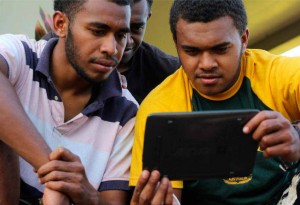 Then there’s also the Jesus Film Project app which is great for mobile sharing and one-on-one interactions. There are also several short films included in the app.

“They have absolutely nothing and yet here they are offering us tea, offering us coffee. Home visits can last two to three hours. You’re just sitting there, you’re listening to their stories and then you’re finding avenues to either share like a clip from the JESUS Film or a short film and asking questions about it and just get into a spiritual conversation.”

The Flower and the Snake

Jane shares one story of a Chaldean family from Iraq whom they met during a home visit and how the Holy Spirit moved.

“They’re living in this tiny, tiny one-bedroom apartment. I think they had four kids and one of them was severely disabled. So we’re sitting there and we’re talking with them and we’re hearing their story of how they basically just walked to get away from ISIS. And we started to share the Gospel with them.”

They were able to share clips from the JESUS Film with the family which prompted a spiritual conversation. The family asked questions through translators and the team shared the Gospel story. Then the most amazing thing happened.

“They ended up accepting Christ right then and there, which we were not expecting to happen!”

Then, Jane says, “We were about to head out and the wife stopped us and she goes, ‘You know, I actually had a dream last night…. In this dream, there was a flower and it was wilting and its face was turned down, and there was also a snake coming. As the snake rose up to strike the flower, the flower shot up basically and just its complete face turned to face the sun, and the snake slunk away.’

“So we were just sitting there and we were like, ‘I’m not one for interpreting dreams, but I know exactly what that meant.’ You know, there is a real enemy who is coming after these people, and if no one is out there sharing with them, if no one is out there giving them the opportunity to hear the Gospel, the enemy will win in that regard. He’s not going to win ultimately. But that was definitely just a huge moment for us of like, wow, this is why we do what we do.”

More Than One Way To Get Involved

There are multiple facets to Jesus Film Project’s ministry, and right now they are searching for people to join their recording team and to apply for internships. 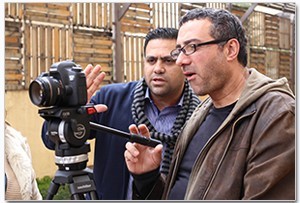 For the recording team, Jane explains, “They are working on a project called Mission 865, which is basically focusing on translating the JESUS Film into the 865 languages that have about 50,000 speakers or more. So this would cover the majority of the world actually.”

“Also for prayer, I think with us moving forward, I think the digital world moves so quickly, so [pray] for us to be able to keep up and stay ahead of the media so we can use it for ministry.”