Churches in Abkhazia hold camps for children with disabilities

Abkhazia (MNN) – Abkhazia is a small territory defined by controversy, conflict, and frozen tensions. Over two decades have passed since the war between Georgia and Abkhazia, but the region is still recovering. Since that time, they’ve been involved with other international disputes and had their own political trials. But it is in this disputed territory where SOAR International is reaching out with hope. 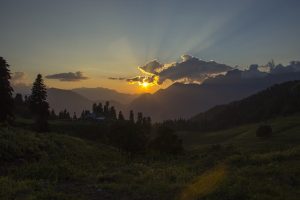 Joanna Mangione of SOAR says that about 70% of the population is unemployed today. Even those who are employed with a pension, she says, make an equivalent of about four dollars a month. The nation is heavily dependent on Russia as the economy slowly improves.

But perhaps more shocking than the economic numbers is this:

“Thirty percent of the kids who are born in Abkhazia are disabled. This is a percentage that we’ve shared on Mission Network News, but this percentage being so high leaves a huge need out there because they don’t have government assistance.”

Mangione says that the sheer weight of care for people with disabilities can keep families from leaving home. They can be overwhelmed and isolated. It’s this reason that SOAR assists the local churches in running camps every October.

Mangione says, “The churches have just stepped up to reach out to these families and these kids.”

One of the goals of the camp is to bring families and those who have disabilities out of isolation into a community of people who care.

“It’s an opportunity for families to meet other families with kids who are also disabled, learn from one another, be encouraged by one another, and also be just lifted up.”

Each parent and child team is assigned a staff member who will provide individual help and service. In some situations, the lack of resources can take a huge physical and emotional toll on parents. For example, it’s not unusual for a child who cannot walk to be without a wheelchair. As they grow, the phsyical demand on their parents increases. But to know they aren’t alone is a great relief. 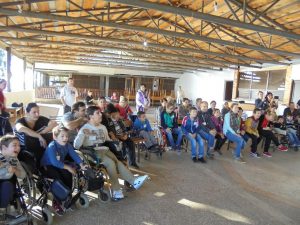 Rehabilitation training is an important component of the camp. A few years back, supporters like you helped SOAR to build a rehabilitation center in Abkhazia. Here, parents are learning how to take care of their children in a healthy way, and help them reach the potential of their physical abilities.

Most of the families coming to the camps are in difficult financial straits. A resource like this is life-changing but impossible without your help. And along with the practical impact, many of these families will get to hear a message of hope.

Mangione says there are a few small churches in Abkhazia and out of about 400,000 people, there are an estimated 300 believers. “For everybody else, there’s kind of a spiritual void. So there’s very little Islam … and some orthodox influence. But then, mixed in, they have some traditional or pagan practices.”

Most of the region ascribes to a religion according to tradition, but they don’t actually practice. This camp is an opportunity for the Church to reach into people’s lives and make a physical, emotional, and spiritual impact.

The first camp, available for parents and their children, takes place next week. In the third week of October, they will be running a second camp. 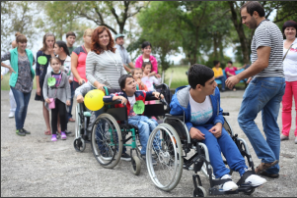 “They will be doing a camp for older kids. These are young adults, they too are disabled, but they will be getting to do a tent camp near the black sea there in Abkhazia,” Mangione explains. It will be a chance for the kids to do something fun, hear the Gospel, and interact with Church leaders.

There are a couple of ways you can come alongside to help. Mangione says, “Pick a day that week to pray for the kids and for the camp and the staff members in Abkhazia. Pray for the parents who are coming– either for the first time or repeats– for their rest, for their hearts [and] that they would be open to hearing the Gospel. For the kids, that they too would just feel an onslaught of love.”

Your financial support will help pay for medical and rehabilitation assistance and for the tents and sleeping bags for the second camp. If you’d like to help in this way, click here.

“Regardless of your ability to give, I would just encourage you to pray for this country and the people in it,” Mangione says.

One last way to help

SOAR is working on connecting well-resourced churches around the world with churches in Abkhazia. The fact is that these churches desperately need the support of the global Body of Christ. But it’s not just about finances.

“I think people can be intimidated by the term ‘sister church’ and the expectation that might bring. And I think beyond the financial, it’s the relationship and the opportunity to be uplifted by each other, and for the pastors in Abkhazia to have other pastors and other church leaders that they can reach out to for prayer and encouragement.”

If you think your church might be a good candidate for the Abkhazia sister church program, take a moment to contact SOAR International for more information.