Unreached people, the Gospel, and you

One Christian Radio > Mission Network News > Unreached people, the Gospel, and you

Int’l (MNN) – Every day, tens of thousands of people die without knowing Jesus. Today, there are over 2 billion people who have never been reached with the Gospel. That is why organizations like Missio Nexus are banding together and raising awareness for the great need to reach unreached people groups. Marv Newell, Senior Vice President of Missio Nexus, says that about one-third of the world’s population is considered unreached.

“Unreached people [are] people that have not in any way yet had opportunity to hear the message of Jesus Christ by a means that’s available to them.”

For example, while there might be radio stations proclaiming the Gospel in a particular area, it doesn’t mean that everyone who hears it will be able to connect and understand what they’re hearing. “In other words, they do not have a clear presentation of the Gospel to believe in,” Newell explains. 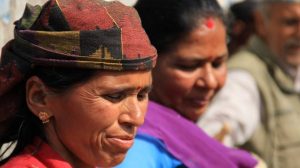 There might be a cultural barrier or a lingual one. The latter is one reason why Deaf people groups make up a huge percentage of the unreached. Even if they can read, there is a break in understanding at the heart level. Sign language is their heart language, and only a few sign languages currently have any Scripture translated at all.

Missio Nexus is part of the Alliance for the Unreached, the group of mission organizations behind the International Day for the Unreached (IDU) which takes place on the day of Pentecost, May 20. While ministry to the reached populations is still extremely important, we need to make an effort to reach those who have been forgotten for so long.

“We just want to raise a banner and say, ‘let’s not forget the remaining unreached people groups or unreached communities or unreached blocks of religious groups that still have not had a clear presentation of the Gospel.’”

Most of the unreached live in the 10/40 window. This includes many creative-access nations where Christianity is a very small minority among the landscape of religions. The dangers of evangelism paired with the low number of Christians create pockets of people who have little chance of hearing about Jesus.

“It’s been demonstrated that about 85% of Muslims or Buddhists or Hindus do not even know a Christian. And therefore, they don’t even know someone to even talk to about Jesus Christ.” 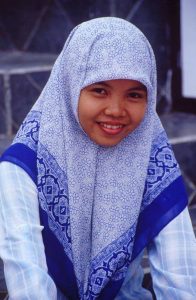 And if you flip that statistic on its side, you might wonder, ‘how many Christians in North America even know someone beyond the surface level who doesn’t already proclaim to be a follower of Christ?’ Somehow the most resourced portion of the Church is not reaching its full potential of investment in the Great Commission.

“Typically the normal, evangelical Christian in our churches in North America are so busy with the things of life, what they’re doing (which they need to be) that they forget that the greater mission of that church still needs to be a burning fire within their church.”

Newell says the goal of IDU is to get the attention of the whole Church and draw them into the work of reaching people with the Good News of Jesus Christ.

“The International Day for the Unreached just asks the Church of North America to pause for one Sunday– just one Sunday a year– … to remember that there [are] unreached people groups and if we could just remember that our overall mission of the Church is to evangelize these people, that helps bring an awareness that they normally wouldn’t even stop to think about.”

“We’re not asking everybody to go out there, but we’re asking that they pray or that they give money to those that do go, and just remember that they can play a part. Every single Christian has a part to play in the Great Commission. And whether it’s in the background or in the frontlines, there’s still a part to be played.”