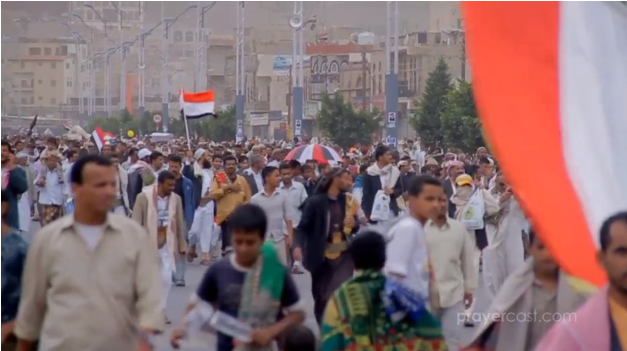 Yemen (MNN) – The United Nations warns that Saudi Arabia’s decision to close the borders to Yemen could be ruinous.

The Saudi-led coalition sealed the borders to stem the flow of arms from Iran after intercepting a missile Saturday, headed for Riyadh, the country’s capital city. Miles Windsor, a spokesman for Middle East Concern explains, “They claim that it was an Iranian missile launched by the Houthis in Yemen with Hezbollah help.” On Sunday, he adds, “There were a string of Daesh suicide attacks on government targets in Aden, which led to about 35 deaths, mostly police.”

Concerns mounted after a July missile attack revealed the weapon came from Iran. Iran has also been accused of illegal arms deals and military support in Yemen, Lebanon, and Syria. The root: Islam’s ancient schism between the Sunni and Shia. The powerhouse states behind the Sunnis are Saudi Arabia, and the Shiites look to Iran.

However, in its effort to throttle the alleged weapons flow, Saudi Arabia will shut off humanitarian aid to Yemen because the air, land, and sea ports where most aid is delivered are closed. Windsor says, “The population has been largely living in a dire situation and there’s been a cholera epidemic as well. Nearly a million people have contracted cholera and there’ve been more than two thousand deaths. But, I gather that epidemic seems to be more under control than it was.”

The timing couldn’t be worse. Red Cross said medicines vital to fighting an ongoing cholera outbreak were blocked. The UN named Yemen its number one humanitarian crisis and says this blockade puts seven million Yemenis on the brink of famine.

For a country that relies on imports for virtually everything civilians need to survive, ‘disastrous’ doesn’t begin to describe the potential impact of the blockade. Oddly, for the severity the emergency, it hasn’t really come across people’s news feeds much.

Information is hard to come by, but Windsor observes a couple things. First thing to note: there is a Christian body, which means the Gospel has had an impact. However, “The situation of Christians, in many ways, is in large part the same as the situation of most Yemenis as the result of as food shortages and war and everything else that’s happening there.” Plus, “Christians face pressure, largely from family and society, and to an extent as well, from the extremist groups that are flourishing in the power vacuum there. Most of the pressure will come on Christians who are converts from Islam.” 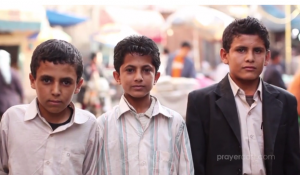 The struggle for these believers comes not only on a day-to-day survival basis, but also one where they are trying to figure out how are they to live out their faith in this context.

However, there are reasons for encouragement in Yemen. There is a growing Christian community and an Underground Church, explains Windsor. “Most of those [expatriates] had to leave as a result of the conflict [with the ouster of the president in 2012]. What we’re seeing is Yemeni believers growing and taking responsibility of leadership and flourishing, actually.”

Aside from the glimmer of hope, there’s one thing Yemen’s followers of Christ are asking for: prayer. “We can be praying for peace and justice,” shares Windsor, “and the rule of law to be established throughout Yemen. But also, that the extremist groups and ideologies that have space in Yemen would be rejected by the Yemeni people and that God would provide strength and protection to the growing house church movement.”

Pray for the Holy Spirit to send a spirit of forgiveness so that believers can continue to share truth and glorify God in the midst of despair. Ask God to completely transform the hearts of those who seek violence as a solution.