Lebanon possibly pulled from the brink of war 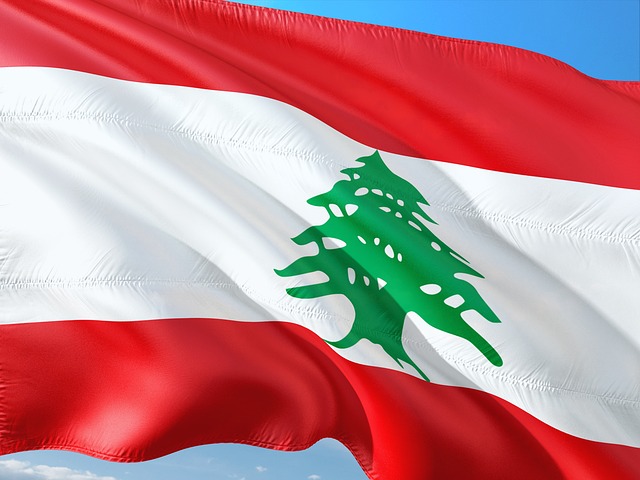 Lebanon (MNN) — Saad-al Hariri, the prime minister of Lebanon, has announced from Saudi Arabia that he’s resigning. In doing so, he may have pulled Lebanon from the brink of war.

Here’s why: The Middle East has long been defined by conflicts between Sunni and Shia Muslims. On the Sunni side, you have Saudi Arabia ‘calling the shots’. On the Shiite side, there’s powerhouse Iran motivating Hezbollah – an Islamist political party entrenched in Lebanon. The rivalry between the Sunni-Shia set the stage for generational conflict which dragged multiple players of the Middle East into the fight.

Lebanon is one of those key players that often gets caught in the middle of the Sunni-Shia struggle. Lebanon had a delicate balance of power going with a Maronite Christian president, a Shia Muslim speaker of the parliament, and a Sunni Muslim prime minister — until recent events tipped that balance.

Earlier this month, Saudi Arabia intercepted a ballistic missile from Yemen headed to the Saudi capital. The Saudis pinned it on Iran-backed Hezbollah, declaring it an “act of war”. Saudi Arabia demanded that Lebanon “deal” with Hezbollah’s influence in the country, which upset the Shiites in Iran. 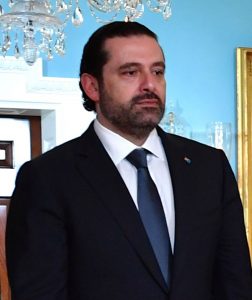 Saad-al Hariri, the prime minister of Lebanon (Photo courtesy of the U.S. Department of State via Wikimedia Commons)

Lebanon was caught in the middle and rumblings of war rippled through both sides. The international community braced for war to break out in Lebanon. On November 4, from Saudi Arabia, Harari announced his resignation as Lebanon’s prime minister.

If Harari finalizes his resignation, his cabinet would dissolve. The redistribution of power in Lebanon could put pressure on Hezbollah to back down and satisfy all parties for now — effectively avoiding a possible war.

But Heart for Lebanon’s Tom Atema points out there’s a catch to Harari’s resignation. “Harari can’t really resign [outside of Lebanon]. He has to do it in-country and to the president verbally first. So there’s a technicality that his resignation that he did in Saudi doesn’t count.”

So the big question now is, will Harari officially resign when he returns to Lebanon? Either way, the stop-action has injected some clarity into the situation. “People have come to their senses and realized the track they were on would have been war, and big-time war.”

To boil it all down, Atema explains, “The bottom-line issue for Saudi — and still is to a degree — is they would like Lebanon to fight and get rid of Hezbollah, and that involves Iran. The problem with that is, if I can draw the analogy between the US and North Korea, the can has been kicked, the issue has been kicked so hard and so long down the road that it’s very complicated to deal with. You can’t just kick Hezbollah out. It’s too entrenched. And for Saudi to ask Lebanon to do it, Lebanon said, ‘Why don’t you do it if you don’t like it? Why don’t you try to put pressure on and get rid of them?’ And somehow in the middle of all of this, Harari resigned.”

He adds, “All that to say is that this new arrangement that came out over the weekend that’s going to be implemented this week, if nothing else changes, is a good thing for the country of Lebanon. It keeps them the most democratic.”

Meanwhile, the biggest thing that is going to advance peace in the Middle East is changed hearts, which can only happen through the power of the Gospel.

“This whole thing is a reminder for those of us who believe in Jesus Christ as our Savior and Lord that the Middle East is a powder keg…. But this should not get us discouraged, this should not make us withdraw, we should not wring our hands. While we still have the light of day and still can operate freely and openly, it’s time to put the pedal to the metal and let’s get working for the Kingdom when more Muslims than ever before are open to the Gospel of Jesus Christ. This isn’t a time to retreat.” 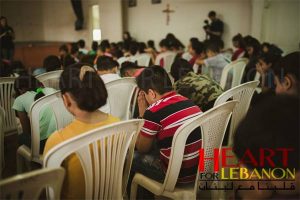 Atema says they are seeing evidence of God working in Lebanon. “Sunday, we had 182 adults — converted Muslims — sitting in a worship gathering praising Jesus leading the service. This is amazing for this part of the world and for this time of history.”

Click here to learn more about Heart for Lebanon and their ministry’s efforts to advance the hope of Christ in the Muslim world!

Finally, Atema says you can pray for the Lord’s peace to reign over the Muslim conflict in the Middle East — and for Gospel workers in the midst of it.

“Our prayer request is for wisdom. Obviously, tensions are there…and as we work in the country of Lebanon, our team needs wisdom. We’re in and out of Muslim areas, we are working with all people groups from Bedouin to gypsies all the way through, but we need wisdom on how to continue to build trust, continue to worship, [and] continue to do Bible studies.”