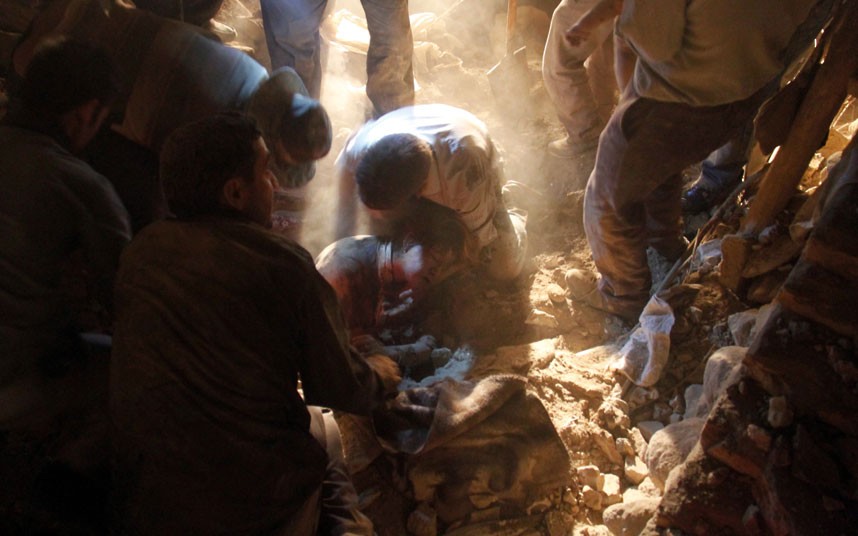 Iran (MNN) – Rescuers and Iranians began digging through rubble in a frantic search for quake survivors on Sunday and Monday, soon after a powerful earthquake struck near the Iraqi border. By Tuesday, Iran’s Emergency Medical Services said they were ending the search for survivors; officials were forced to acknowledge that finding survivors buried in the rubble was unlikely. 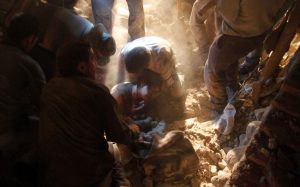 Seismologists in the country said it was the biggest quake to hit the western part of Iran, and the deadliest of 2017 so far. The temblor measured 7.3-magnitude, killed more than hundreds (over 500 and counting as of Tuesday), injured thousands of others (8,000 and counting according to state media), and left hundreds of thousands sleeping in the streets in fear of aftershocks.

As buildings shifted with the movement, rescue work was delicate and dangerous. The rubble is also blocking roads in and around the hardest hit villages, which makes getting aid supplies to the survivors a challenge.

Iran declared three days of national mourning, while at the same time struggling to meet the trials of a natural disaster. Yet it is no stranger to this kind of calamity. Iran sits on a major fault line between the Arabian and Eurasian plates. When the plates shift, the quakes that result have proven among the deadliest. In 2003, 26,000 people died when a magnitude 6.6 earthquake struck the southeastern city of Bam.

This week’s events have brought the shattering nightmare back to reality. People are scared. They remember how long it took to get supplies the last time, and wonder if they’ll survive this calamity. Nazanin Baghestani, Heart4Iran, supervises the ministry’s counseling call center. She says people are trying to process the trauma, and their call center is getting inundated. For example, “A mom called with a daughter. She is dazed—just fled their house after it shook. They’re just in the middle of nowhere. Its fall there and they’re freezing. They cannot go back home; there are so many aftershocks.”

In the early stages of a natural disaster like this, first responders and rescuers have to be able to do their jobs and find the survivors. The government is scrambling to get aid to the worst-hit Kermanshah province, where hundreds of homes were destroyed. Heart4Iran is standing by until they can get a team in to do an assessment. The priorities, says Baghestani, are obvious. “Get shelter—that’s the first thing; get them to a safe place; give them the basic things. Those who are hurt, help them because it’s hard to take everyone to the hospital, so the nurses have to go out to these places and help the hurt ones.” 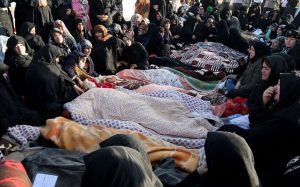 Less obvious are the spiritual and emotional traumas. Heart4Iran is helping people process their loss and grief. In these days following the quake, the fear among the survivors is palpable. “When fear comes, you are handicapped. You just close up and you don’t want to do anything, think anything, but once the fear is gone, you can talk to God. You can receive His comfort and peace.”

That’s why Heart4Iran operates a call center. When people call in to share their distress, there are Iranian believers who are just willing to listen, comfort and pray. “In these times, people are looking for God. They’re asking questions. They want to know ‘where is God in this situation?!’” The team assures them that God is hurting with them, that Jesus feels their pain. “That gives us an opportunity to talk to them as they call us and we pray for them. It’s an opportunity for them to receive Christ and to know Jesus as their Lord and their hope.”

How is that received? Better than you might think, she answers. “They want comfort in these hard times. They want God to do something and rescue them. They’ll listen to us and they want that peace. The Holy Spirit is there for them and so many of them receive Christ. So many of them, at these crises, at these times, they’re so open to God to receive His comfort.”

What can you do? You can join them in prayer. You can develop your heart for Iran and share the stories of what God is doing in this historic country. Find your place in this story when you click here.