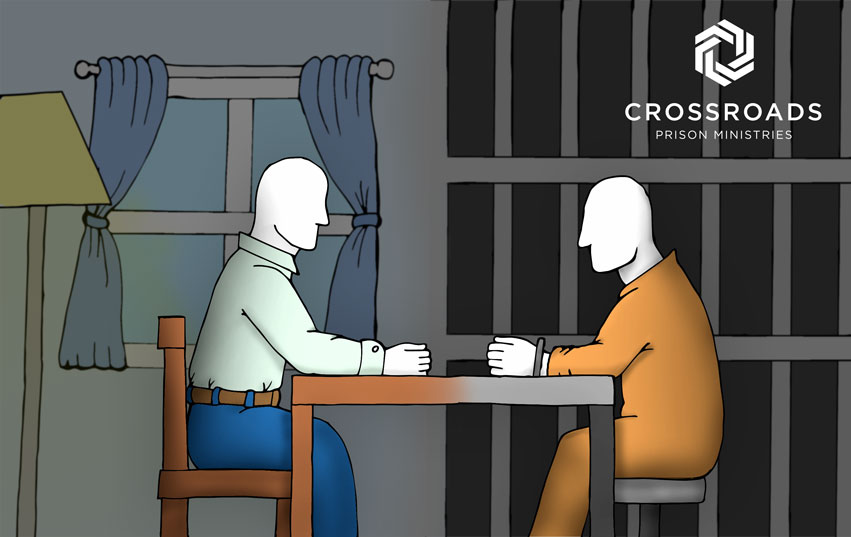 International (MNN) — Societal changes are to be expected over the years. And changes within prison populations are no exception. Crossroads Prison Ministries has been serving prisoners for over 30 years. Today’s prisoner demographics have led them to add a new introductory course to their Bible study curriculum for men and women in prisons.

Dara Nykamp, Crossroads’ Director of Curriculum Development, explains, “About two years ago, Crossroads did a really in-depth study through a number of different partner organizations in a number of different prisons and really took a hard look at this program and realized that we had a growing attrition rate — so a growing number of people that were dropping out of the program. They really dug into why that was and really there were two things they found that were the biggest indicators and issues that popped up.”

First, she says, “The number of students that were potential students I should say, [in both] men and women [prisons], the education level had dropped compared to where people were even 10-15 years ago. So we’re talking about there’s usually about a third-grade reading level for most prisoners on average. There are definitely people who excel way past that, and those students were doing exceptionally well with our program.

“The other thing they realized within those conversations was people were coming into prison and into our program with less Bible knowledge. Our executive director likes to say, you know, back 10-15 years ago, grandma used to take grandkids with her to church. Even if mom or dad weren’t going, the grandkids still had some basic Bible education. And that’s not the case anymore.” 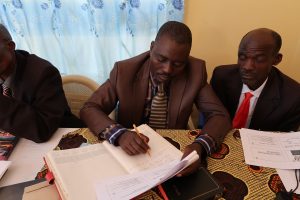 Because of this, Crossroads saw the need for a new intro course to their Bible study. The short, three-lesson course is called “Who Are You?” and is aimed to bridge the gaps so students can better dive into God’s Word.

“It’s essentially designed so that our students and mentors can get to know each other a little bit better before digging in and studying further. It’s also kind of designed to help students, men and women in prison, get an idea of who God is and kind of how God sees them as his creation, people made in his image, and has a desire to have a relationship with them.”

For example, “Who Are You?” leans away from asking the student to look up a multitude of verses — something that could overwhelm someone who is unfamiliar with the Bible or who has a lower reading level. Rather, the intro course offers stories from Scripture to connect to the life of the student.

They’ve tested the new intro course with a number of local prison Bible study groups and received helpful feedback. Crossroads launched the pilot course this week with the first 100 students.

“They’ll be taking those three lessons probably over the next three to four months and then once we get feedback from that and any suggestions or changes that we have from them, we’ll be looking at doing the final project and releasing it to a larger amount of the student body.”

And what’s exciting is that there are several ways you can support this ministry! Nykamp says, “The first one is definitely prayer. Please be praying if you can for the pilot students and mentors that are stepping into that pilot program with them to do that first course, and for the ministry at large as we move forward with our curriculum expansion — that the materials we’re adding to our already solid program will do even more to reach men and women in prison and empower them to really become the Church where they are.” 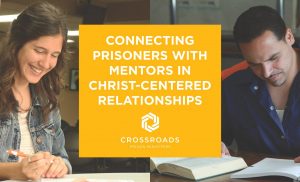 You can also become a Bible study mentor! Crossroads’ mentors act as pen pals with the men and women going through a Bible study in prison. Mentors write to prisoners, review their completed courses, and answer their questions.

Click here to learn more about becoming a mentor with Crossroads Prison Ministries.

One volunteer with Crossroads named Carrie has been volunteering as a mentor for over 20 years. Nykamp shares, “She said the difference that it made for her is when she used to drive down the highway and see the prisons, she’d say, ‘You always thought of them as like those people are someone different. But now I realize they are really men and women made in God’s image and completely and totally loved by him. They are my brothers and sisters in Christ.’”

Finally, you can give financial support to Crossroads as they engage men and women in prison for Christ. Crossroads programs are utilized by ministry leaders to serve prisons in over 20 countries. Click here to donate to Crossroads Prison Ministries!