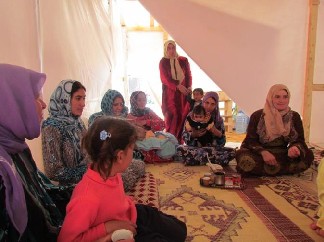 Lebanon (MNN) – Saudi Arabia and Iran have been warned against using Lebanon as a proxy for conflict.

This, after the remote resignation of its prime minister, Saad Hariri, from Saudi Arabia, triggered a crisis that threatened to upset Lebanon’s fragile coalition. Hariri has yet to return to Lebanon to clarify the next steps so the government can function. 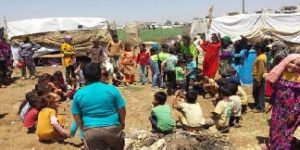 The Shiite leader of Hezbollah, an ally of Iran, accused Saudi Arabia of declaring war on his country. Saudi Arabia, a Sunni nation, has been battling Iran for decades for dominance in the region. This is precisely what the Lebanese don’t want.

*Nuna, the founder of Triumphant Mercy, a ministry in Lebanon, says, “We pray that Lebanon would not be a proxy nation where people would just fight their fight. It’s not our fight. It’s not a Lebanese fight, a civil war, or a Lebanon with any other country. It’s going to be a proxy war which is Saudi Arabia and Iran in our land.”

However, the tension is palpable. Overnight, the circumstances changed in the country. If the Lebanese are feeling it, that’s exacerbated tenfold for the refugees from Iraq and Syria who are staying there. “Even this week, I was sitting with some of them. They were expressing how they’d fled their countries because of what was happening, and now they’re feeling they don’t know where to go…again. “ 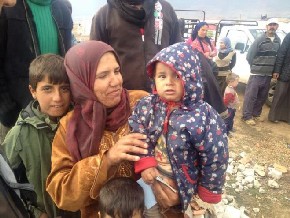 In fact, some of the refugees are worried enough, “People are starting to think of ‘what’s next?’ ‘Where should I flee next? This is hard for people to live in this kind of insecurity and rumors of war…”

Triumphant Mercy has been meeting the physical, mental, and spiritual needs of these refugees since the crisis began. Some have managed to re-establish a sense of normalcy again through the schools and other training programs. To have that ‘new normal’ upset escalates their fear because they’ve already experienced destabilization — some more than once. They’re asking questions of a team that has been a steady presence in their lives.

Many times, these questions land on ‘Where is God?’ Nuna says, “In these last few years, Lebanon has been a beacon of light, spreading the good news all over — but mainly God bring refugees in so that they can hear the Gospel.”

The refugees are finding comfort in a hope and faith in Christ. Nuna observes, “There is a change in their own culture — and we can see transformation all over the place, not only in Lebanon, but the whole Middle East is being transformed now.” 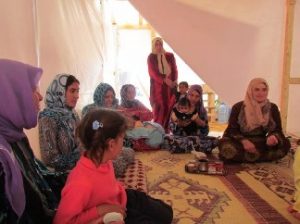 She adds that the hand of God is shaping some amazing things. “I don’t think, ever, we’ve seen what is happening now. The Saudi Arabian king received the Patriarch of Lebanon and is going to open a church in Saudi Arabia– this is unprecedented!”

What will Lebanon’s fate be? There’s no way to know, but Nuna has watched God open doors that were previously closed to the Gospel. Prayer covered a lot of that and she urges others to pray with them, too. They’re praying wisdom and creativity in how they’ll respond to the changing situations; asking God to resource the ministry to continue to share the hope of the Gospel; praying that Lebanon stays out of the proxy war; praying that the followers of Christ will find ways to encourage the new believers among the refugees.

Even with the maelstrom of political machinations in motion, her steadying moment comes from holding onto what God has done and plans to do in Lebanon. Simply put: she’s hanging on for the ride. “I love it! I love just to be blown away by God’s interventions without human effort of any kind!”