Preparing Sudanese Christians to be bringers of light 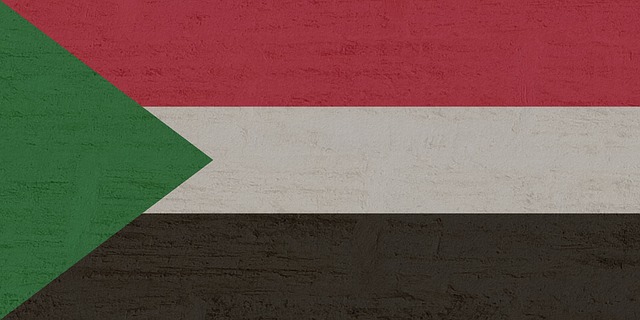 Sudan (MNN) — Ministering in Muslim majority countries can be dangerous and difficult.

However, in Beirut, Lebanon the Arab Baptist Theological Seminary (ABTS) prepares Christians from around the world to step into challenging places and preach the Gospel.

For over 50 years, students have come to ABTS to learn sound doctrine and the practical skills needed for spreading the good news in Arab countries. They come from a variety of countries in Africa and the Middle East, but all share the same passion and mission. They want to return to their home ministries and churches to bring a fuller understanding of the Bible to their people.

The seminary’s Development and Partner Relations Manager, Wissam al-Saliby, explains that this has been the goal of ABTS since its start: to serve both the global body of Christ and the whole of the Arab world.

Teaching those who are called

This year the seminary is training 33 residential students, plus more than 50 enrolled in the new online program–giving them the tools and teaching they need to go back to the challenging places they are called to serve.

At many similar institutions, only a small percentage of graduates go back to their countries to teach. However, at ABTS, most of their graduates return home. 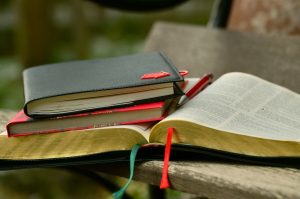 Studying the Bible in order to teach others. (Courtesy of https://goo.gl/imD2qZ)

This difference is intentional. The institution communicates clearly from the start that its mission is to equip students to go back to their home mission fields.

Al-Saliby explains, “We accept students who are called to ministry, called to serve God, sent by their church, endorsed by their pastor. We contact the pastor. We make phone calls to make sure that this is a person, who with a 3-year investment in him or her, will lead up to going back to equipping and serving the Church.”

However, even with ABTS’s high return rates, one part of the Arab world sees more graduates return than others.

Beginning in the early 1990s ABTS saw a large number of Sudanese students coming to the school. At that time, North Sudan and South Sudan were one country. Yet as the struggles between the Christian and Animists intensified against the Muslim North, the notion of separate nations grew. As the rift grew into a vote for independence, the seminary began to receive more students from the north.

Al-Saliby sees God’s hand in this. “Slowly we had more people from North Sudan, even before the split, as if God was preparing also His Church in Sudan for what was to come, for the split.” 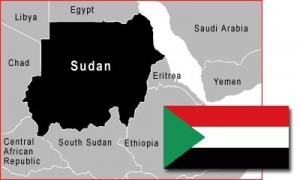 (Map courtesy the Voice of the Martyrs)

Independence did not bring the conflict to an end. A more radical version of Islam took over northern Sudan, and many Christians were exiled. But still, the Church was not silenced. God sent Sudanese Christians to ABTS, anchoring their theology and faith as they prepared to go back as pastors and teachers in an increasingly hostile place.

This kind of heavenly provision is not random. As al-Saliby says, “Wherever God is planting his Church, growing his Church, the Church would feel the need for theological leadership formation. And that’s why we’ve seen a lot of Sudanese churches and leaders sending people here to us, to learn and be equipped and go back and to have impactful ministries.”

The Church felt the need, and God responded. With training from ABTS, Sudanese Christians are going back to preach the Gospel. In fact, since the 1990s the seminary has graduated proportionally more Sudanese students from its programs than any other area.

Now ABTS is seeing Sudanese graduates find ways to reach their tribes and nation, continue into South Sudan, minister in refugee camps, and travel to Cairo to work with the huge Sudanese population there.

ABTS has a hefty ministry and is seeing God at work, but they need the help of believers around the world.

Al-Saliby says, “We ask our partners to pray for [us, that] we remain in God’s will and God’s mission for the Arab world, for the Church in the Arab world. This is so important and essential. And secondly, we pray for partnerships to be formed that will support us in prayer and resources.”

Consider being one of those partners in prayer or resources today. Pray for the grounding of ABTS in God’s word and that the Sudanese men and women being trained would remember their training as they return to teach and lead others to a clear understanding of God’s word.