US calls for Cambodia to return from a one-party state

Cambodia (MNN) – The United States recently called for Cambodia to undo its dissolution of the country’s main opposition party, the Cambodia National Rescue Party or CNRP.

According to a statement released by the White House Office of the Press Secretary on November 16, the US says the allegations by the Cambodian government that the CNRP was conspiring to overthrow the government is baseless. 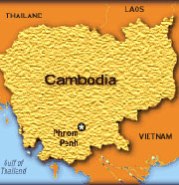 Cambodia’s government used these false accusations to justify CNRP’s dissolution and the imprisonment of its leader, Kem Sokha. The government has also banned over 100 opposition leaders from being able to take part in political activity as part of its crackdown on any perceived opposing parties of the current regime.

Furthermore, the CNRP was planning to challenge the current government officials for office in the country’s democratic elections next year.

The US finds Cambodia’s recent activities disturbing to its democratic progress and cited in a released statement on November 14 that the Cambodian government has been restricting the free press, civil society, and evidently political opposition.

Since then, the US has called for the release of Sokha, the re-establishment of the CNRP. It has also encouraged the Cambodian government to allow the existence of opposition parties, freedom of a civil society, and for the media to be able to maintain its legitimate activities. Currently, the US hopes to see the Cambodian government’s commitment to continuing to build a democratic system.

Cambodia to US: We Don’t Need You

However, it’s unclear if the US, or others including Sweden, the United Kingdom, and the European Union will be able to effectively convince Cambodia to return to a state of building a democracy by threatening to cut funding and place sanctions on the country.

Hun Sen, Cambodia’s Prime Minister, mocked the US’s threat with its call of confidence in its neighbor, China. Sen claims that wherever the US and others fail to financially support Cambodia, China will supplement.

Sen has held on tightly to his power since 1985 when he gained office. And in 1997, Sen ousted his co-prime minister in a coup. Now many individuals fear Cambodia’s return to a one-party political system could send the country back in time and put anyone who disagrees with the government in danger.

Recently, Mission Network News had the opportunity to talk to a Cambodian pastor who shares: “We [are] afraid that this country will go back to [like] in the past, the killing field kind. Led by one person, led by one party, and he can do whatever he wants. He [doesn’t] follow the law of the country.”

During this time nearly 2 million people were killed for opposing the one-party government or being considered useless. The Cambodian pastor says that during the killing fields Christians were killed right away. This is one of the reasons this pastor is concerned about what the future holds for Cambodians.

Currently, the Cambodian government is focusing on suppressing three groups of people to bring a one-party nation to culmination. These people include opposition leaders, human rights workers in the country, and Christians. Why this mix? Because each group has influence and does not necessarily support Sen’s continued reign.

On a separate note, despite what looks to be a closing door in Cambodia, Asian Access has found a way to continue coming alongside churches in the country. The organization is doing so through two leadership training groups. These groups are practicing and implementing tools that help equip the Church for the situation it’s facing in Cambodia. 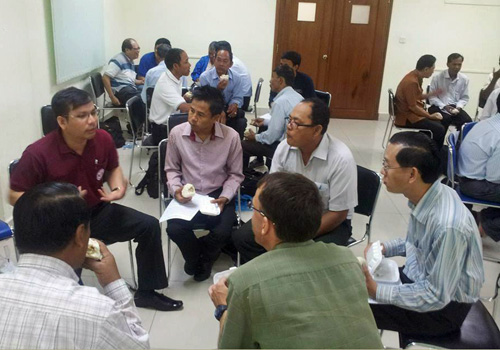 “Asian Access is coming alongside these groups in the country. One is a basic training group called a School of Discipleship. And another is a program that we simply call, A2,” Asian Access’s Joe Handley shares.

“Through coming alongside and supporting leadership training, we’re able to assist, empower, and equip these pastors and churches to be able to engage [with] the issues as well as calm their people’s fears so that they can be salt and light in society.”

And as doors keep swinging to a close, Asian Access has found a way to stay put through sustainability. Handley shares local resources, faculty, and training is happening more and more to help support churches and these groups.

As for prayer, the Cambodian pastor asks:

Pray also for the political situation in Cambodia and for fears to be calmed within the Cambodian Church.

To help come alongside and support Cambodian churches, click here!